Camilla Wright is the founder of Popbitch 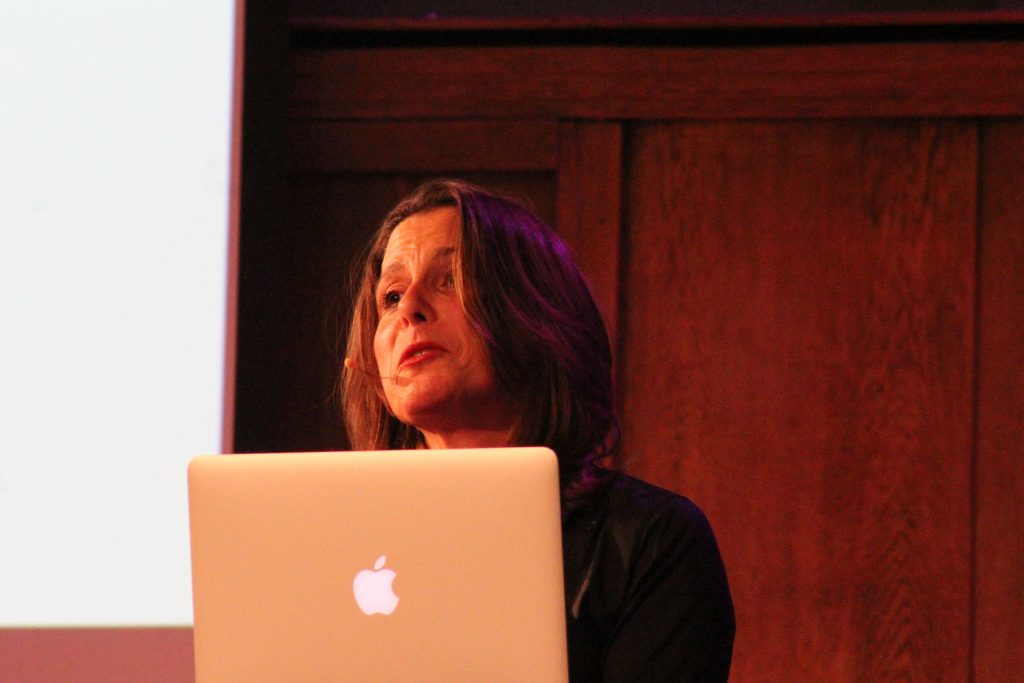 You think you know what the story of our time…but often what you see is what one paper wants you see, or an advertiser wants, or a couple of people made up. So what we see becomes narrow. Popbitch can be broader. Founded over 20 years ago, every week they send out about 500k emails, covering the news of the week. In 1998, (the time of Britney Spears, One More Time) pop culture was not the daily currency it is now. Pop for 1998 was just for kids, the coverage of music was boring; they thought there was room for pop coverage for adults.

There was little shared culture. They looked to set up a magazine, but the costs were enormous. it was hard. just getting WH Smith to stock was impossible. A year later, with the initial growth of the net, newsletters were starting. This is something they could do. They were working in news industry, so they know there were more stories than were being told.

They decided to write up the stories and send out to friends. They had one night with weed and whisky to try and come up with something. The following morning, woke up with the name on a piece of paper. Popular and populist is important. They wanted to cover it and cover it properly. They really started with a text email, sending out to friends. Started off talking about Notorious BIG. The first issue ended with Boy George having an ironic death (nearly), being hit by a glitter bomb. They sent lots of trivial facts out. eg Robbie Williams new dog, Mel b Xmas present. Over the next few weeks they tweaked. after a few weeks we realised that people were trying to subscribe to it, people they did not know. It was all handrolled then.

The media started to cover it…people asked to subscribe and they started to share their stories (back with them) they did not pay (fees), people just wanted to share. eg Madonna wanting to name her baby, Geri Halliwell writing cheque to the dentist. A lot of it was trivial gossip, but occasionally was more.

In 2002, they almost blew the story of the phone hacking. In one of their stories, they mentioned d how they could dial into messages. It was 4 more years before the rogue reporter arrested and 2009 before it was pushed out by The Guardian.
They recognised that it is in popular culture that real shifts can take place. They told stories that turned out were important – but the most important was the one they could not tell. One story that got linked to them – Beckham having an affair. It was never published in the newsletter but discussed with a few people on the message board. But that was enough, the lawyers all came down on them. They did write an article about the hassle and there being no smoke without fire…but added nothing about the affair. They were on the 10 o’clock news, the front of the newspapers – all about how they were gossiping and scurrilous. The press punished them (even though everyone was after the story). The press chased them; Popbitch was still a hobby, they were stalked on way to walk. 1000’s signed up; they couldn’t cope. if they were antagonising the lawyers, they were doing something right. The PR world was worried about them, they tried to close it down. the old world was getting worried.

They were telling the stories that people in the know were talking about anyway, but not telling their readers. They just decided to open it up, the democratisation of gossip. You don’t want there to be one approved line, you want there to be many stories, the truth is likely to be somewhere in the middle….doesn’t mean everything is right, nor that they are always right.

Saville: when alive was eulogised for charity. In Popbitch, he was more likely to be a creepy gangster that too close to the girls. When he died, Popbitch said that they had the most bad stories about Saville; when alive everyone loved him, he was now a monster when dead.

But the very nature of this type of gossip mean they get things wrong. Or right.
James Corden, most newspaper coverage would suggest he is the most popular star, but there is no one recently we have had more negative stories about. The story about Ant McPartlin is not the story behind the scenes. Gordon Ramsay’s father in law ( Chris Hutcheson – ran his restaurants) They got a story about him, a second family. They wrote a blind story; his lawyers got in touch and took out a super injunction to stop the press talking about this. So could not talk about it (until recently, when Sun applied for it to be over turned. And Hutcheson is a story that keeps on giving.

They do push the bitch with the pop, but try not to be mean. They try to be sharp. but have got this wrong sometimes, They want people to feel love and warmth, not just bitching. They want people to share, you may want something sharp to take off the saccharine of the celebrity culture.