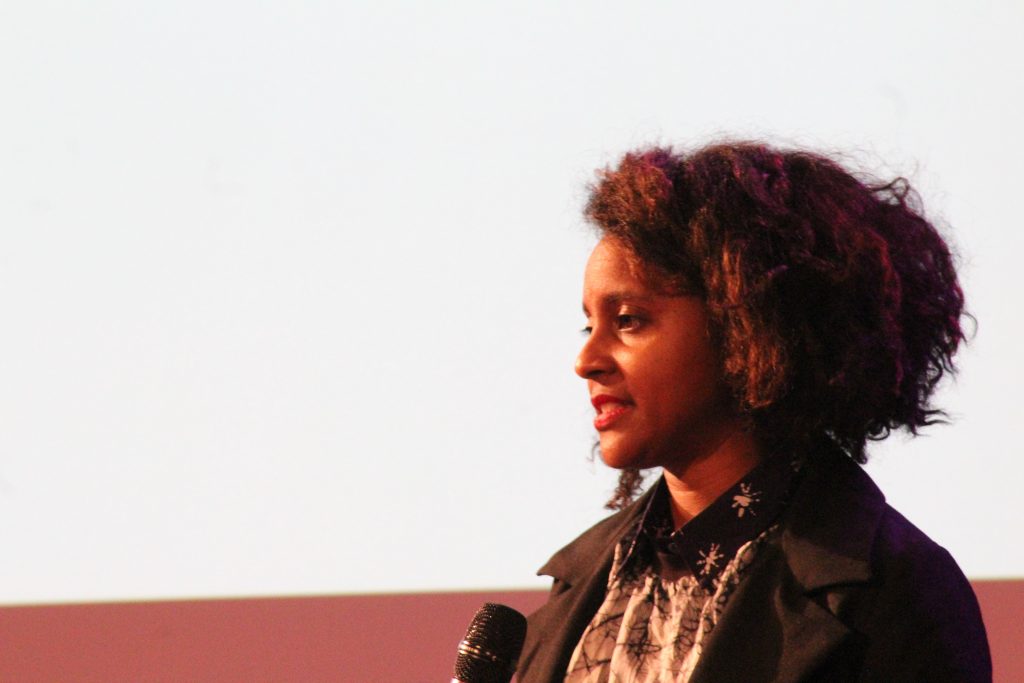 Zoe Whitley, curator at the Tate

She wants to talk about the “never meet your heroes” statement…because she’s never met hers. It’s about expectations. When you meet people that are larger than your life, you don’t want to meet any who may show something that does not meet that, that shows their imperfections.

On Monday the Obama portraits were unveiled. Her Instagram feed was 100s of pictures of Michelle; every other black curator was so excited about it. She was shocked that ‘regular ‘ people weren’t too happy about them. There were big stories in the press. She challenged friends perceptions, eg how the flowers in barrack’s portrait represented things. She talked about how the artist used colour in particular ways. But those are not the types of things that interest everyone. A starting point – what does it mean to curate for ‘regular’ people (ie not art appreciators). For Michelle, this was a painting that would exist in an intuition that little black girls could visit.

In working on soul of the nation, what it would mean for people who looked like her, what would they think. How do you communicate ideas about who gets to be an artist, the different types.

She started to study art history at 14. She had gone to an elite high school, in which she could do studio art as history. By 15, she could name and recognise modern artists, people who would put LA on the map – male, white etc. However, there were other influences – Guerrilla Girls; a group of visual artists, who talked about representation. She talked to her teacher about this – who did not get defensive but gave her a book about African American artists…so she could learn about the relevant artists.

Thinking about soul of the nation, about physical objects that people would pay to see, to make it a subject matter that was relevant to the lives of young people, to get people through doors in London. They commissioned a series of films that exist on line – you did not have to come to museum to be introduced to the artists.

An artist needs mirrors to see themselves. The young white artist can cobble themselves together from many artists, the young black artist can’t. That is changing. It’s why there is such excitement about Black Panther. It is not everyday that people like her see themselves as nuanced characters in popular culture.

For Soul of the Nation, the lead image was by Barclay Hendricks, a self portrait, in a superman t-shirt, but naked below waits. He created it as it as an icon – with metal leaf. It is focusing on what it means about seeing yourself (about being mirrored).

One artist was Betty Shae, born 1926. She always knew she was going to be an artist, she has one image from when she was be 5, it opened some of her recent shows where there was a lifetime body of work, started with the early crayon drawing. At what age do we become artists – or get messages from society and family that we should not be that, that we need to follow a career path. Picasso said all children were born artists…and the challenge is to remain that.
It was really important that they kept the artists foremost, instead of the work, because of the struggles that had to do the work