Note: this was liveblogged at The Story 2018. Minor amends and edits only 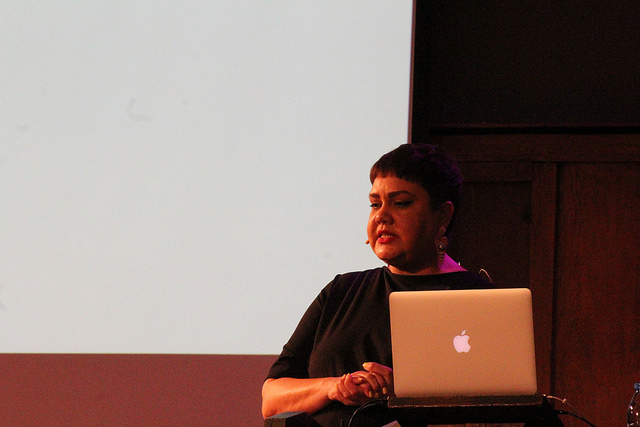 Will be talking about ‘Who am i’

It should be a simple as ‘I’m Tanya‘. But is there anyone in the room who hasn’t asked further.

To explore that, will be telling the story of how she was born

Wed 22nd Dec, her mother was due to have a caesarean the following morning. Her mother knew the family would become three in the morning. It did, and after a few weeks they went home. That was the nice story.

The real story? It was the coldest winter on record. Her mother had had 3 miscarriages; and this was 6 weeks before due date. but there were issues, and her mother, a midwife, was aware there were issues. So they agreed to do a little caesarean. After it, she was handed a child, and she said it could have been anyone.

Father was Irish, mother was Guyanese. She never felt either. She asked her mom is she was guyanese..he mom said she was british. but she never fully felt british, given the names she was called etc

She felt her mom had it easier, she knew was it is. she knew she was Guyanese

Her mom was the first to leave the village…the british had come over recruiting for nhs. she came over and was not treated well, she got training. but all of the hard shifts etc. She met the father, he was a porter. When the parents got married, they became estranged from their families…that was the story she was told, that her parent’s families had disowned them.

For much of her growing up, it was her, her mother and her brother. growing up she felt raw, unfinished, she did not know how she fit, not having the family. her father died when she was 26, that was done, she has not had that history.

She managed to get her mom reconciled with her family..and things started to make sense. she saw people who looked like her..and she could see where the behaviours came from, her sisters were the same, she started to eat food she had never had. She heard stories that she never had. the women were cooking and talking, the men in the other room drinking and smoking…she started to hear stories about her mother, how she was a little hellcat. the mom used to ride bikes (not done, she would ‘lose virginity’. she used to ride to river and paddle in the river.

she learned more about her mom in those few years than she had in the 15 years before it now a lot of the stories had gone and she would not get it back.

When she writes a books, a lot of them are around identify, and she goes back to her teens. when you are a teen, there are massive life changing decisions being made. university or not, sex or not. but it is purgatory, making decisions but not feeling adult enough. maybe she feels that if her characters can work out who they are, then maybe she can

but she knows that wherever you are now and who you are then is not where you were then (as a teen) you’ll get there..and when you do, think about the story you are going to be able to tell