The second part of my 2017 Review – basically just for my records. 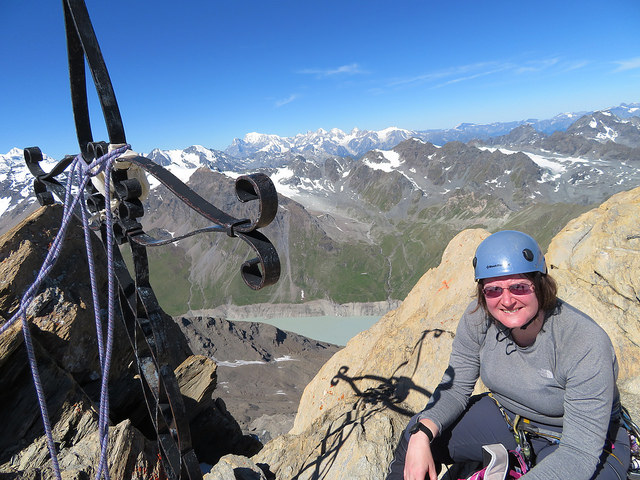 July started off with me doing something completely different. I headed off to Switzerland for a Beginner’s Mountaineering Course! So taxi, plane, train and finally bus took me to the small village of Les Haudere’s in the south of Switzerland. There, I met up with my fellow course mates – 2 guys, one around my age who’s been slowly getting into climbing/mountaineering and one young, just still in his teens, guy who was looking for something fun to do before heading off on further travels to Asia. We also met with our course instructor who fulfilled the stereotype of blonde, slightly scruffy, mountain guy (who would have obviously preferred to do some proper climbing then deal with beginners) 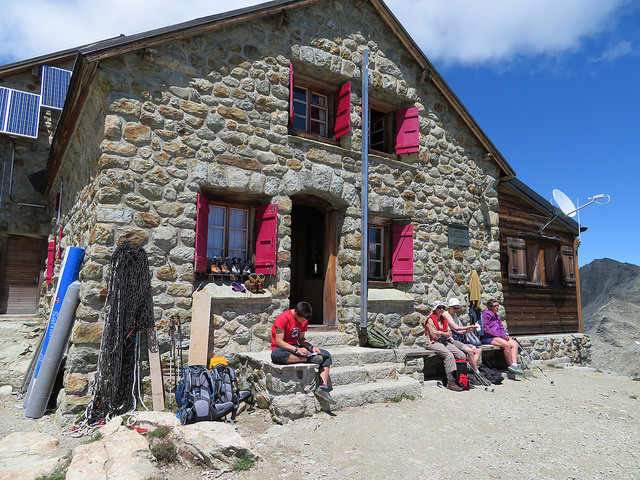 Over the next few days we:

I was not well enough to do the last mountain trek with the group – I was coughing too much; given they were a lot faster then me in the hiking, I decided to stay behind and do some solo trekking, which was great fun. 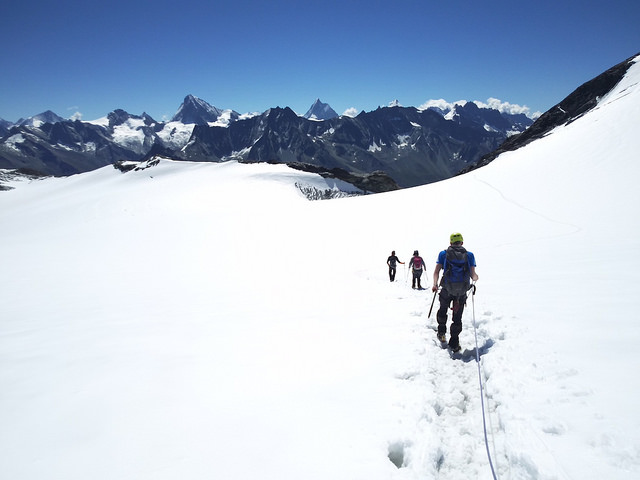 I flew straight to Germany from Switzerland to start my first week with adidas, just getting my head round what would be needed. The first weekend I flew back, as I had tickets to the London Paratheletics World champs, to see with my sister and niece. 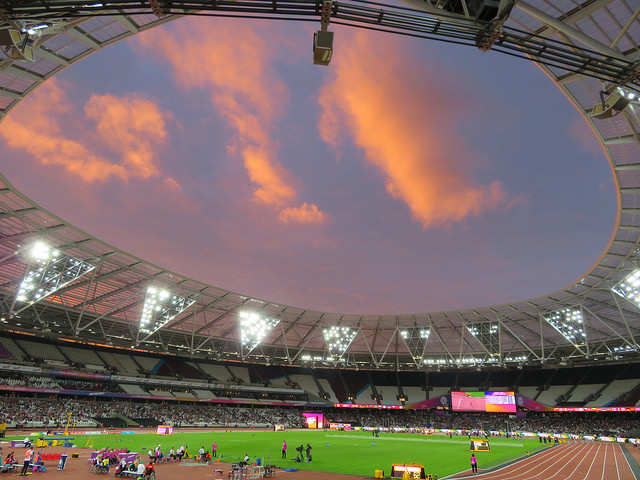 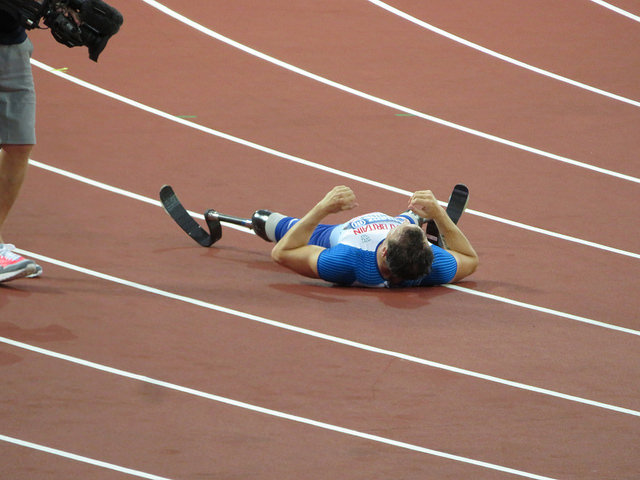 A quick turnaround, switching over clothes, before heading back to work. The first week I was in a hotel, now I moved into an AirBNB apartment for the next three weeks. This was my second AirBNB; it definitely proved useful during my stays in Germany, in one case I was in the same flat for 2 months, which just makes working in a different country far easier when you have a solid home base.

Time for the World Athletics Champs! I flew back and started the next day with my shifts, picking up the new kit first thing in the morning before starting my session. I’ve written all about that in another post. 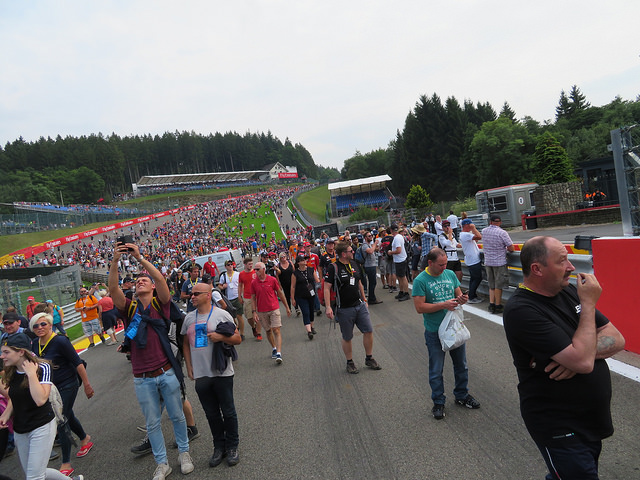 Then back to work in Germany before heading up to the Belgium Grand Prix. This was a test of my driving! I’d got the use of a hire car in Germany, which was a challenge given how long it had been since I’d driven, but I soon got into the swing of most things (the give way to cars from the right in towns/villages was hard though!). But although this was over 300 miles, it was motorway all the way, so pretty easy to drive. And with a small hire car, there was no temptation to drive too fast and out of my skill zone 🙂

Sofia and Andy came to the GP too and we met at the campsite. Yes, we camped. About 20min walk from the circuit, it was a relatively exclusive campsite run by a British company, Pillow camping. We were provided with a 2 unit tent, which was more than enough room for the 3 of us (we ended up sleeping 1 in each ‘bedroom’ and one out in the main part). This was my 3rd time at this race. it was Sofia and my first live race back in 2010, when we went with a tour company, stayed in a hotel in Germany and coached it back and forth. The second time was a competition win with Shell and we had a brilliant VIP trip, again coaching it back and forth. This last time was far less glam, out in tents. I quite enjoyed it; I’m pretty sure Sofia and Andy will never camp again. 🙂 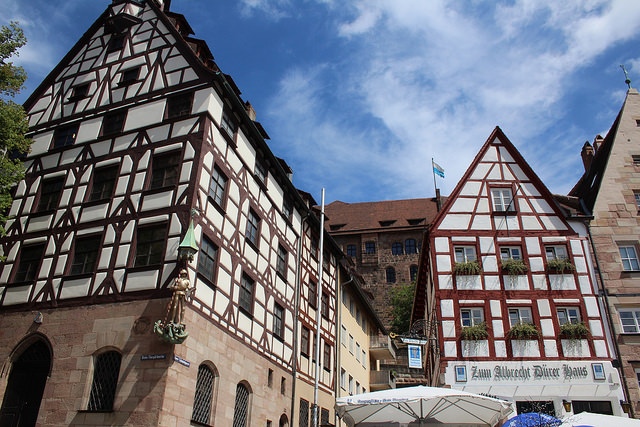 Such a quiet month! It was work only for the most of the month, staying in the quiet village of Herzogenaurach. Only one weekend of fun, flying back to the UK for the inaugural Wine Club weekend. We were off to the country, 2 converted railway carriages in fields in Oxfordshire, wood-powered hot tub included. It started with a down note, with one of the group being told just before she left that her role had been made redundant. But we made the most of the weekend, cooking over open fires, walking and visiting famous gin pubs, which have whole cupboards of gin. The instructions were to just go in, open bottles, smell the gin and decide which ones we want a drink made from. 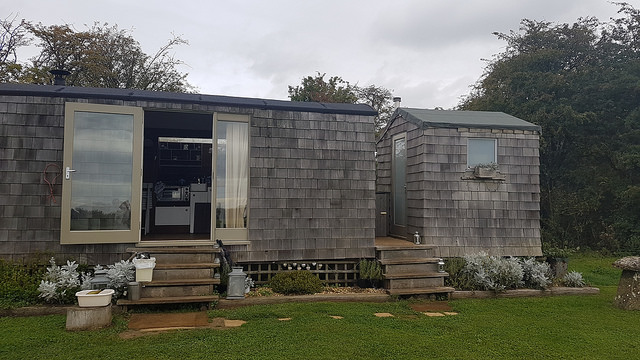 An amazing weekend, only abut 40 hours in the countryside, but great for resetting the brain. 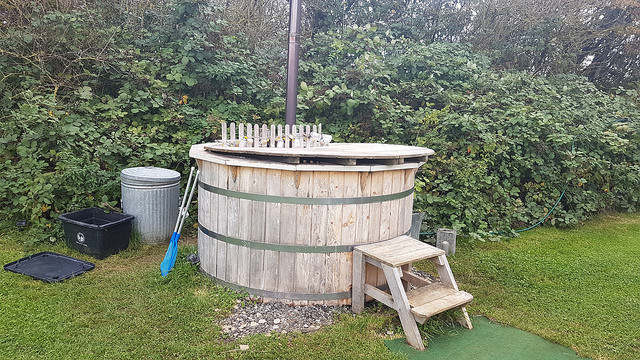 I was supposed to be back in London this month, but changes in plans meant I was still staying in Germany, coming back for one week for a few meetings. 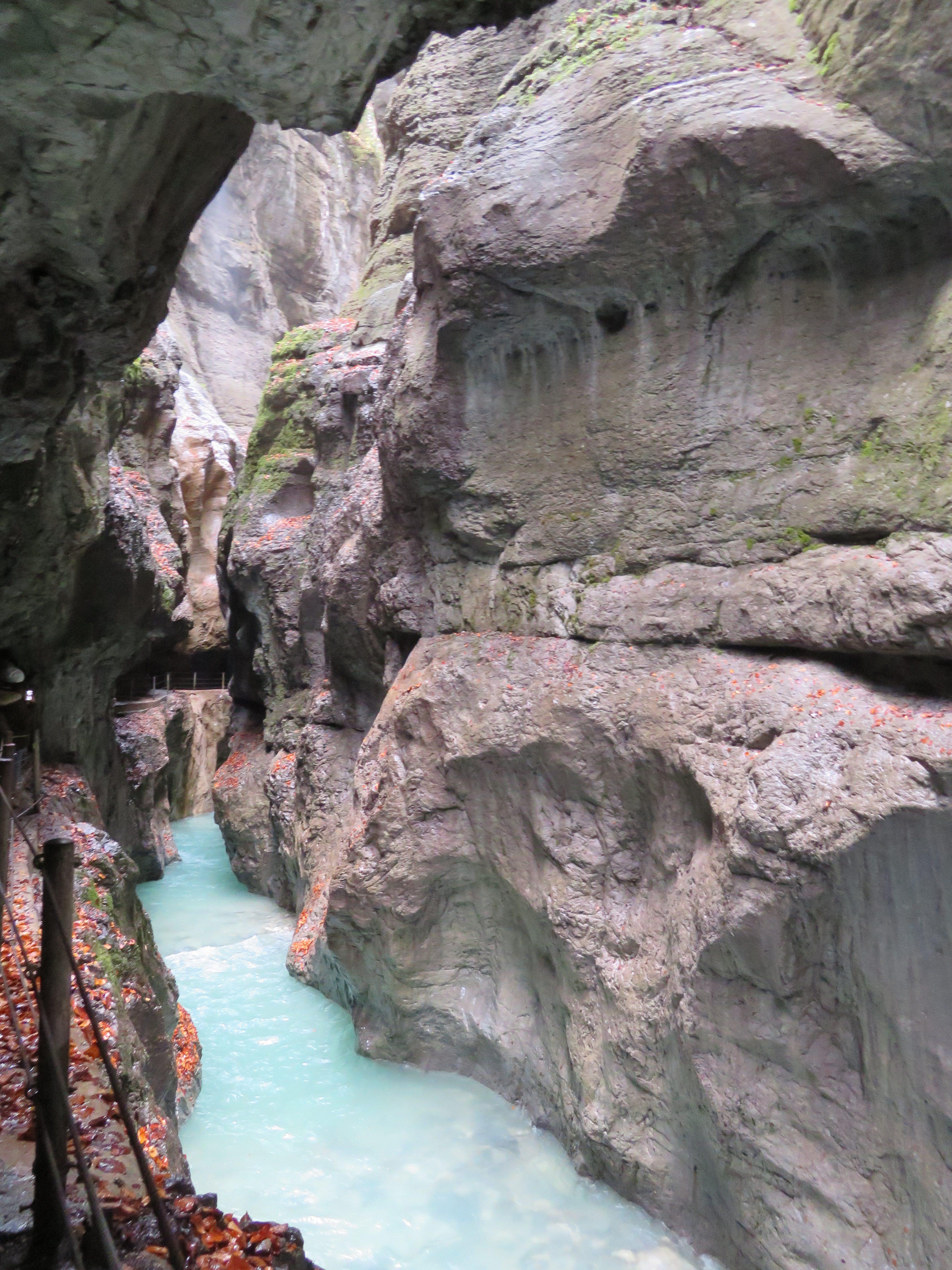 I took advantage of being in Germany for a final month by heading off for a visit to the south, to Garmisch Partenkirchen. A fairly straightforward journey on paper, train via Munich, but it was made rather nerve wracking by late running trains. getting to Munich I had to run for the next train, making it with about 20 seconds to spare. It was still late when I got to my hotel – the restaurant had decided to close and there was nothing to be had, they couldn’t even whip up some bread and cheese for me – not a good start.

I’ve written all about my weekend in this post.

As the month drew to a close, the question remained was I going to be leaving, or staying on at adidas. After some discussion, I decided to stay on, but with a change of terms. I couldn’t do the full time in Germany – I had no desire to leave my flat on its own for any more time, nor did they need me full time. So we agreed that I could cut down my work days (to 3 days a week) and alternate between London and Herzo.

The month started with lunch with Caroline and a trip to the National Gallery – where we played ‘hunt the arse’ around the museum. Plenty of fun to be had 🙂 Other fun events including a leaving party for my ex-boss (it wasn’t fun because she was leaving, it was just fun), a trip to St John’s Museum, drinks with friends I hadn’t seen for years and drinks for the launch of the Zombies! Run game. Which is a very mad board game that I’m really bad at. Also visited cinema for first time in ages, this time to see Thor Ragnorok.

One thing I did do this month was go and get a National Archives reader ticket – the plan is to go and dig into a few documents that could be associated with my family history.

I few more interviews happened; including which I would have loved..but the recruiting person had completely failed to properly understand the role and the requirements. It was not possible to do it full time starting the next week given I was working already on a contract I’d just signed. It was associated with the Olympics, so was time sensitive. They even called a couple of times to see if things had changed. Unfortunately, no…the one that got away.

I ended the month the same way it started – out with Caroline. We headed to Winter Wonderland to have a go on roller coasters, drinking gluhwein and hot dogs and having a very good time. 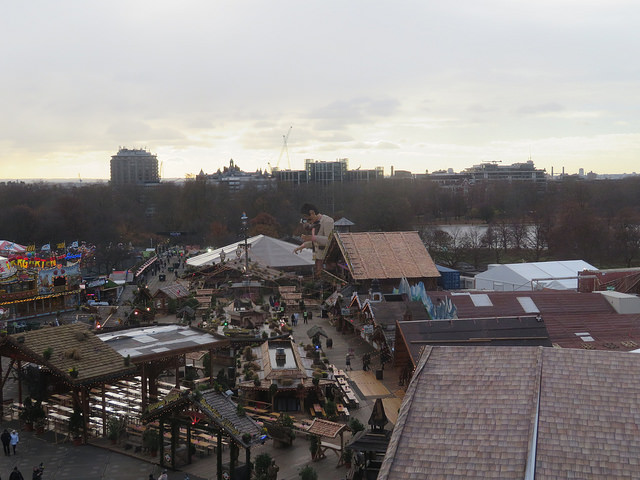 Ooh, finally another Michelin restaurant started this month. Not a new one, but a return to my local, Hedone. More cinima visits as well, to see Star Wars: The Last Jedi (enjoyable but annoying at times, too many silly decisions) and The Greatest Showman which was cheesy but lots of fun and I left the cinema grinning.

It being December, there were Christmas get togethers. I made it to the running club party for the first time, even if my fancy dress was pretty poor. There were Christmas dinners with various friend groups, including Wine Club (we’re still generally far to sensible) and then to end the year, time to head to visit the family for the usual visit, plus a trip to the Birmingham Botanical Gardens for the Christmas lights. 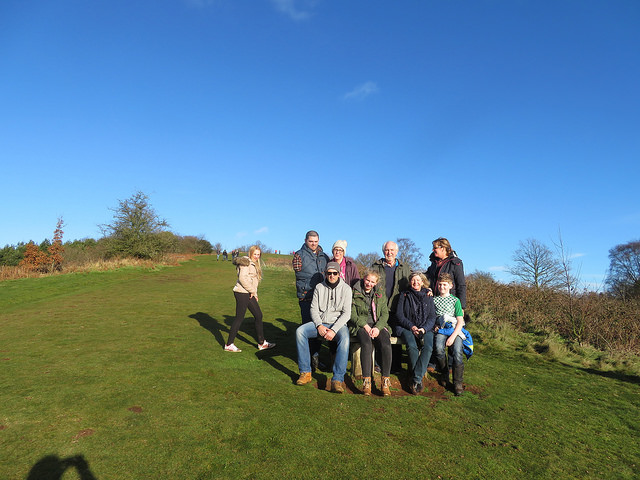 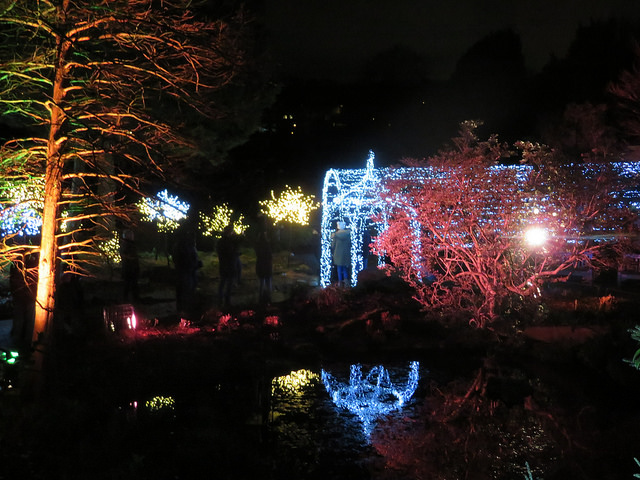 December also bought to a close a ‘mission’ I’d been slowly completing over the last few years. I walked the last section of the London LOOP, from Harold’s Wood to Purfleet, bringing myself back to the opposite side of the Thames from where it all started. I need to work out which one to do next, which will probably be a lot harder to organise. The great thing about the LOOP is the ease in which it was possible to do it in day trips from home, with all the sections arranged around transport hubs. Few other walks I’ve seen have that same arrangement.

I closed out the year with a last minute decision not to spend New Year’s Eve as usual, on my sofa watching the fireworks. I headed down to Arundel for some walking in the area. The pub I was staying at was running a murder mystery evening and I was persuaded to join in – they would assign me to a friendly table so I could be in a team. An excellent night was had, made even better when we won 🙂 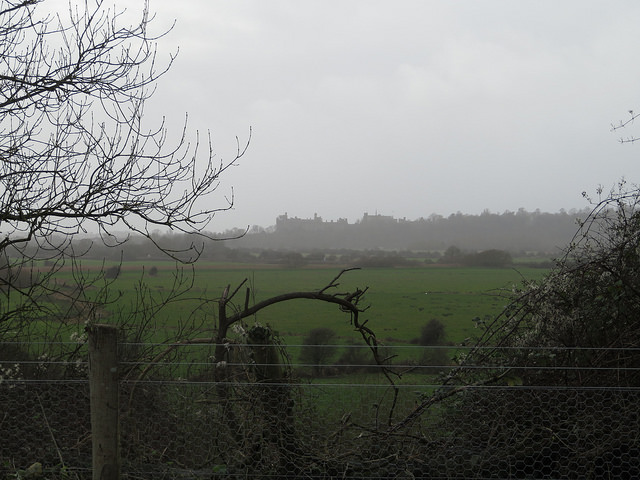 So that was 2017. Some interesting moments, some quite times when working away. Some major life changes happening and there are more of these to come