As I’ve not being doing weeknotes or even month notes in 2017, I’m going to go with a Year Note. A record for me to remember – rather than any one else to be amused by :-). A aide memoire to what I was doing and where I went, based on combination of calendar, Swarm Checkins and photos taken. It was not that exciting a year for activities; well, compared to my usual.

We can start off with my checkin history for an overview.. I’m pretty good at making sure I log in to everywhere I go, especially if it is not the usual train station or office. You can still (just about) pull out the history from Swarm and map it. So here we have it. UK, Spain, Portugal, Switzerland, Germany and Belgium. This is the first year since my digital records begin that I have not been out of Europe; in every year since 2005 I’ve done some form of long-haul travel. There are reasons, as you will see, but hopefully I’ll change that in 2018.

January is normally a quiet month and this year was no exception. Very little happened; I went to work, I had a massage and went to the pub occasionally. The only unusual activity was my volunteer assessment. Oh, and the Women’s March

In autumn 2016, I’d applied to be a volunteer at the 2017 World Athletics Championships that were taking place in London. January was the time for my assessment, a set of group exercises and an interview with the team. They’d taken over the Crystal building in Docklands and were working their way through 10000 or so interviews. It would be 4 months before I heard anything, a lot of waiting. 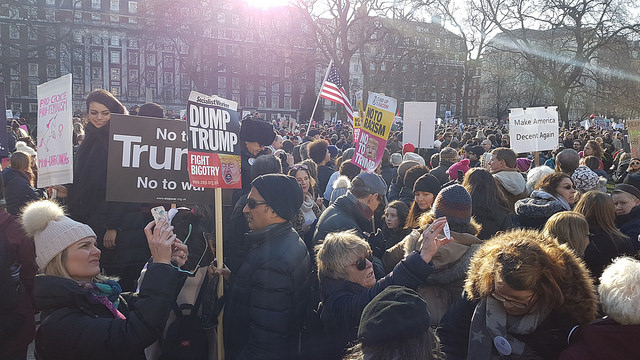 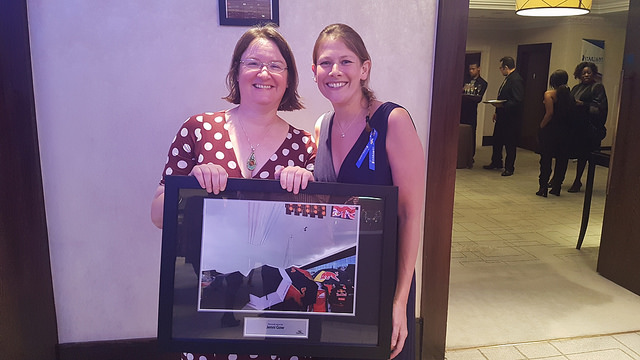 February was a little more interesting. First weekend, I was off to the ZOOM auction again, something I’d gone to for the last few years. F1 related, it’s a good time to have a little fun, meet up with people I know through F1 twitter and get dressed up. A good evening was had, with lots of laughs. The next day was one of my irregular Michelin meals, at Tamarind. Neither of these were good prep for the final event of the weekend, the London Winter 10k, a great 10k through closed roads in the centre of London. Well, the lack of training wasn’t good prep either, but I made it through the event and claimed my hug with the polar bear. 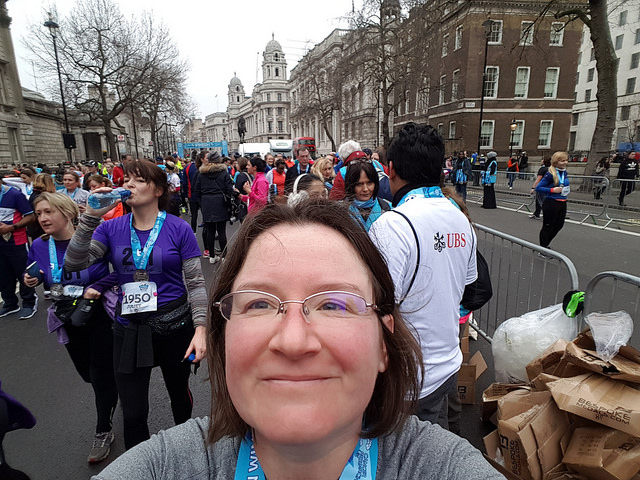 The year’s walking kicked off the following weekend, with the first Wine Club walk – something that was to be repeated later in the year. Time to wrap up and face the winter elements. 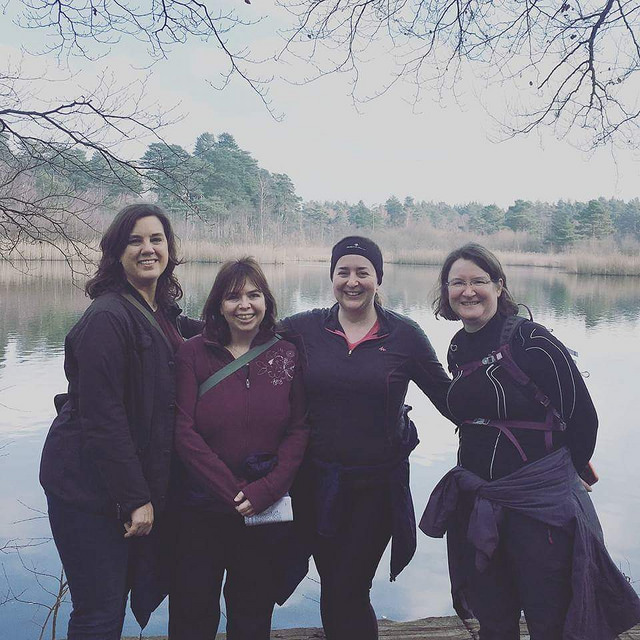 For the rest of the week I headed to Munich for work. Two full days of workshops but ending with a long weekend to explore the city (one cathedral added to the collection) and cross off another Michelin meal, at Les Deux. 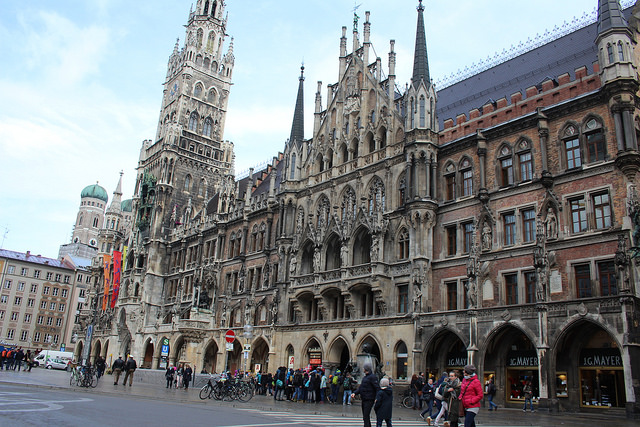 The final outing of the month was to fit in more walking, up in Hertfordshire. I was delivering a souvenir to a former colleague of mine who had left it in the same Kathmandu hotel I was staying in. I’d carried it back to the UK and was finally handing it over. So a long Saturday walk before meeting up and spending the evening in the pub he now owns.

I had the first cinema outing of the year, watching Logan. A bleak end to that cycle of X-men movies. Then – holiday time! A short trip over to Barcelona for the F1 testing, another annual tradition that has been going for the last few years. The first day was spent in Barcelona before heading up to the circuit hotel. So another Michelin meal arranged and enjoyed, at Restaurant Angle. Superb tasting menu, I especially liked the wine pairings, which includes things like beer and sherry 🙂 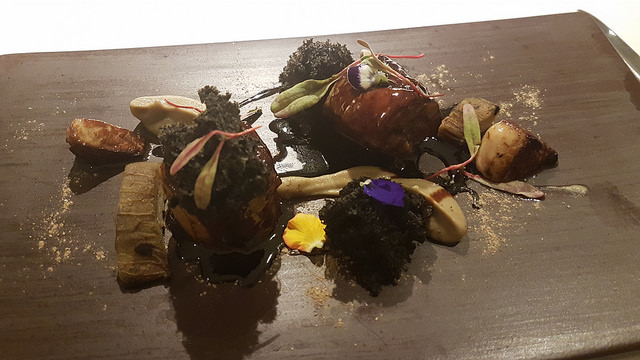 I made the most of the week. Just before I’d left, I’d been informed my role was at risk – which means I was going to be made redundant. There was nothing I could do about this when I was away, but it was full steam ahead on my return. The process was followed, the meetings were had throughout the month but the inevitable conclusion was reached. I was off. Sort of. Not quite. For a variety of reasons I asked to work my notice, and this was allowed (we’d just kicked off a 3 month project that I was running). There was a high probability at that point that additional revenue would be found and the role could be saved..so let’s see what would happen. 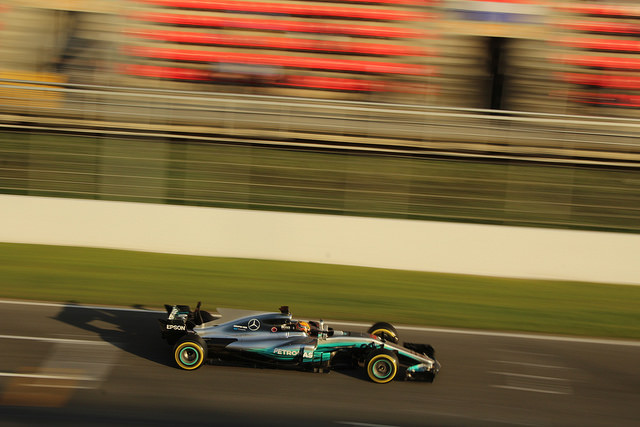 I finally got in a section of the London LOOP (Gordon Hill to Chigwell), a walk that I’d been slowly nibbling away at since 2014. The walks this year were all leading up to an event – the London to Brighton challenge – so i was getting in as much as I could, and if I could use them to nail some other plans so much the better. 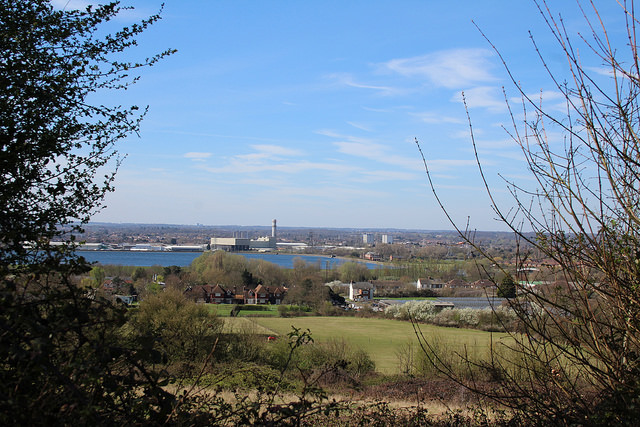 Meetings with recruiters continued through April and I was now starting the interview process for some roles. The first weekend outing as another section of the London LOOP (Chigwell to Harold Wood). Another walk the following day to take in the scenes along the river in preparation for the Boat Race, which was taking place that afternoon. Combining walking with other activities is always a good way to motivate me (rather than just seeing it as ‘training’) so another weekend I walked most of the way into town for brunch with friends. For Easter I visited the family and did some canal exploring to get in the miles. And during my work trip this month, I made sure I had time to walk around the city to places instead of taking taxis. 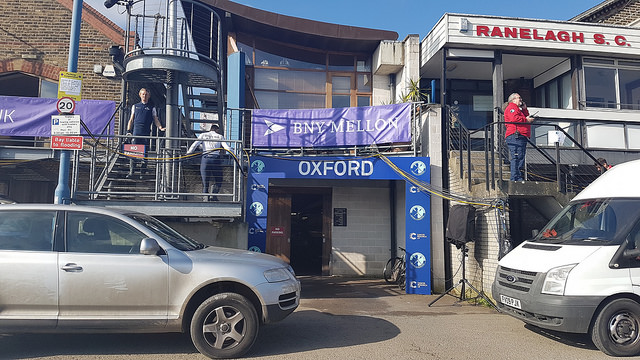 The family visit this month was fun as we finally got Mom to sign up for parkrun and we made it a family outing, with Mom, sister, her daughter and myself all giving it a go at the local event. And later on the usual visit to the Balti 🙂

I also went to one of my rare theatre visits this month, to see David Tennant in Don Juan of Soho, a really enjoyable, fun, play. Plus an interesting ‘experience bar’, called The Bletchley, where you get to dress up in uniform and solve codes using pretend enigma machines to get cocktails. 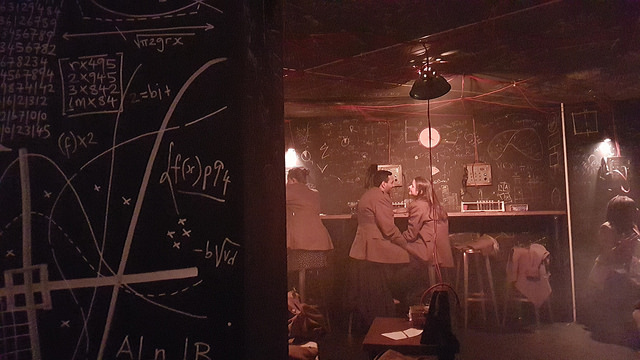 After this, another work trip – 5 days in Portugal for a data conference. for the weekend, I took part in a ‘hackathon’ with a team of data scientists from the office, then joined in the conference later. A small opportunity for one afternoon in the sun, but the rest was definitely work. 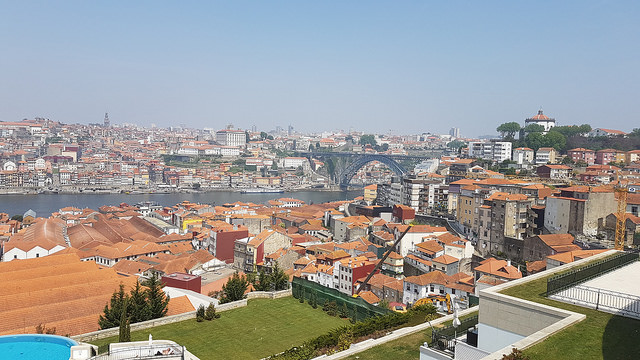 The final event of the month was the Hackney Half marathon (using a run walk strategy throughout). Nowhere near as hot as the previous year (thankfully, far less casualties seen) another great event. Although it’s now been taken over by Virgin, so some things did not feel as local as previous episodes. Given what happened next, not sure it was the best thing to do, in hindsight.

I like May. Often the best weather of the year (dry, pleasant, not too warm), it’s also my birthday month, although i rarely do anything to celebrate.

We start with a trip to the cinema (Guardians of the Galaxy – it does seem I mainly visit for the big blockbusters).

Another LOOP walk was planned for the first weekend. But disaster! I managed about 3 miles before having to stop and return home. The half had obviously damaged something and walking was extremely painful – there was no way to continue. Would I be able to make the London to Brighton? Physio arranged, massage and accupuncture organised, but it was not sorted in time. I thought about attempting the long walk..but decided that it may not be the best options. I was borderline fit anyway, which added to the reasoning. So postponed it to 2018. I’ve learnt the lesson though, no races in the training period for the long walk!

In a break with tradition, something was arranged for birthday – a picnic at Kew with the Wine Club girls. That was a lot of fun, the weather was OK, the company was great and we were sensible. This was followed on the Sunday by a pub watch of the Spanish GP with friends. Where we were less sensible with the wine. But that was fine, the Monday was the birthday added work holiday, so a lie in before heading into town for another Michelin meal to celebrate the completion of another solar circulation. More drinks on Tuesday, with a friend on a quick visit from the US. Wow, 3 out of 4 days out and about with friends. That’ll do, will need the rest of the week to hibernate 🙂

I’ve started interviewing a bit more now, in fact one day I had 3 different sessions. Slowly getting into the groove. One of the challenges will be finding the right fit, as I’m not a typical creative planner. (given my background in project management then definitely not the usual type of brain)

For the Bank Holiday, there’s no longer a long distance walk. Instead more time in Kew Gardens (on a hot day, I pack up for the afternoon, take a picnic and spend the time reading a book.)

Trooping the Colour! I’ve lived in London for years, and have never been to see this. I was too late to get tickets for the event but…for the 2 weekends before the main event there are rehearsals. You can get tickets for these, but it’s also easy enough to do what I do and just go and stand on the Mall to watch the parade. No Royals, so the crowds are smaller. A great view of the pageantry. Maybe next year I’ll try to get a rehearsal ticket. 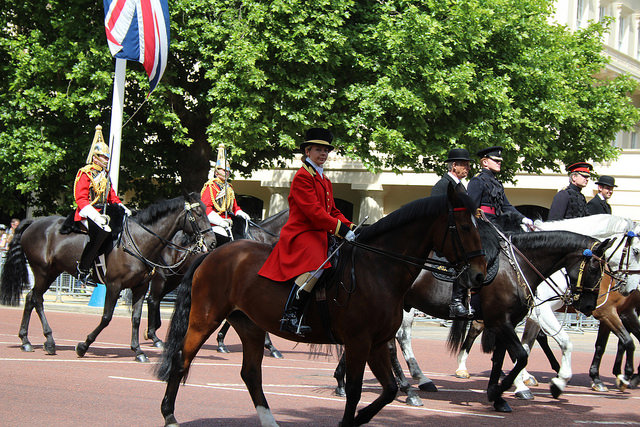 One cinema and one theatre trip. Cinema was Wonder Woman, theatre was Hamlet, with Andrew Scott. I’d never seen Hamlet performed, or studied the play, so I have no idea how this compares with other productions, but I really, really enjoyed it and it kept me captivated through the long run time.

Interviews continued this month, but so did the no’s. I was making it down to the last couple, but not the final step. However, an opportunity arose to continue, through current company, with a secondment with adidas, based in their German office working on digital marketing processes. Three months in Germany and then one month back in the London office to get back into the swing of interviews. Why not, a great company to work for, let’s give it a go.

Finally, after months of waiting, I got the response back from the Athletics World Champs…I was in! Admittedly last minute, for a team that had only been decided on at the end, but I was going to be a Mascot Escort, looking after and supporting the mascot activities. Training took place at the end of the month, both general and specific and it looked like it was going to be a lot of fun.