After all that effort making our way up, it was a lot quicker getting back down to our starting point. 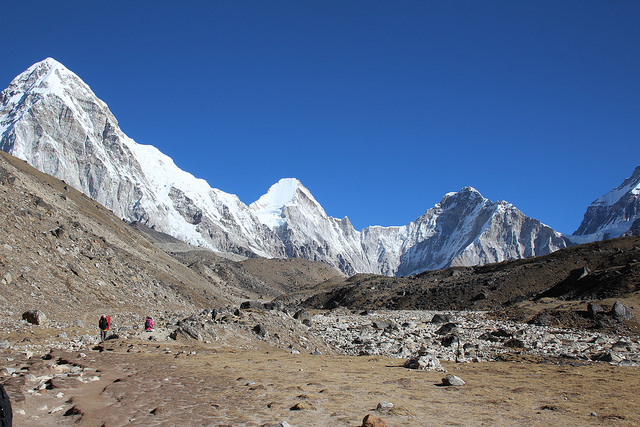 Back down the valley

The best views of Everest from this valley are from Kala Pattar; watching the sun rise over the mountain was the plan for the morning. But not for me. I decided that I needed the rest, the cough was still plaguing me and chest hurt – getting up before dawn to breathe in ice cold air was not a good idea. It was not a late lie-in though, we were still out the door before 8 to walk down. The distances downhill were planned to be longer, there are fewer days to get back to Lukla. Our target was 1100m lower, the lodge where we lunched on Monday, 4 days ago. Eight hours later, by a different route to the one we used to go up, I made it, one of the last. The day had not been a good one for me, lack of sleep, accumulated tiredness meant today I was really slow, not wanting to miss a step. A hard day, I was glad to get to the cozy dining room and get hot food, before being able to sleep all the way through to 8! 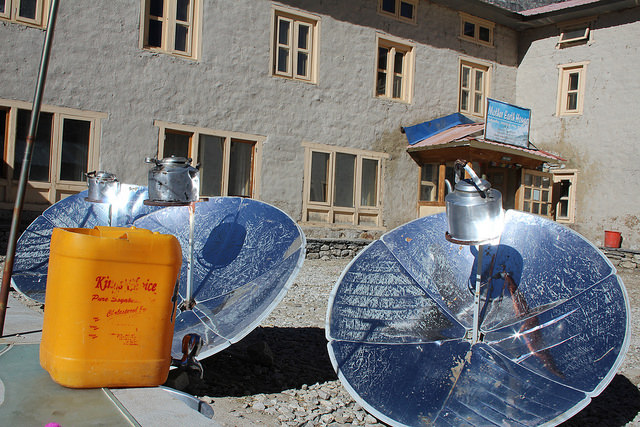 Today we ran out of weather luck. We’d had blue skies and sunshine all the way up the valleys, but today, the clouds came over, it was grey and dull, the mountains were hidden, no views for us today. A new route again, we travelled on the east side of the river, our target Tengboche Monastery after a shorter walk of only 4 hours. Lunch was the ‘famous’ pizza, which was pretty good, a change from the usual. Time to relax before a visit to the monastary, to listen to one of the ‘services’ a series of chants. Finally, as we were leaving, the clouds broke in places and we Everest came back into view, floating over the clouds. 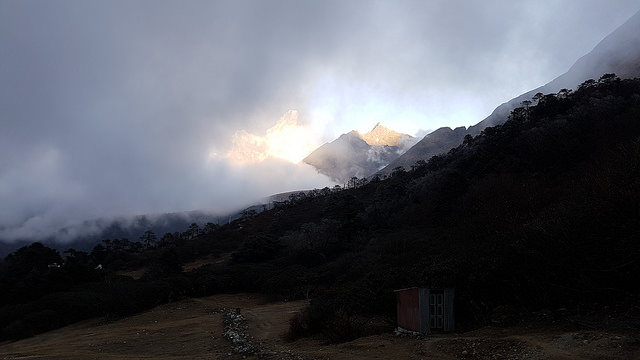 Floating above the clouds

Today also brought us one of the funniest episodes; a local herder had 3 yaks who became very, very interested in 3 cows that were grazing outside the lodge. The poor man was trying to get his yaks away and he’d run after them, herding them one way and the other before one of the yaks would break off again and he’d have to start again. Finally, one of the guides joined in and between them they managed to separate the groups and get the yaks moving down hill!

Christmas Day. Waking up to look out and watch the sun rise, te tips of Everest and the surrounding mountains glowing as the sun caught them. This has to rate as one of the best hotel views in the world. 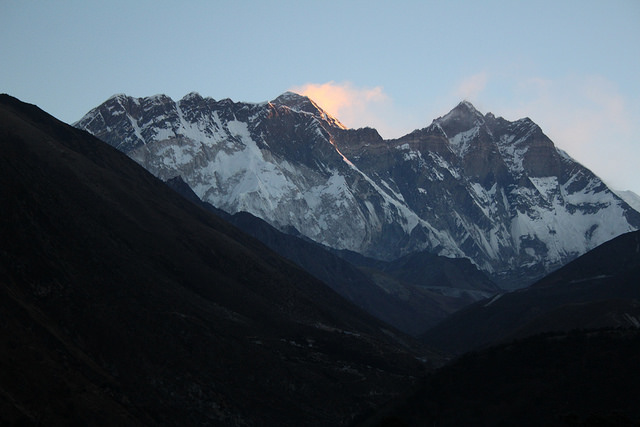 Another long day planned; all the way down from Tengboche and then back up the next mountain, finally connecting with the good path into Namche. A break for lunch – no turkey here, but a cheese sandwich and chips were very welcome. Down the long hill and keep moving along the valley to our lodge for the night. I’m tired now, I want a shower and non-carb based food. It’s becoming a slog, retracing the steps. I think jumping on a helicopter at Namche would have been an ideal end of trip treat!

Last day! 7am wake up, eggs for breakfast then the long trudge to Lukla. Traffic jams all the way back – there’d been a delay in flights, creating a backlog of people and now they were all making their way up. Again, a reminder how lucky we had been with the lack of crowds. 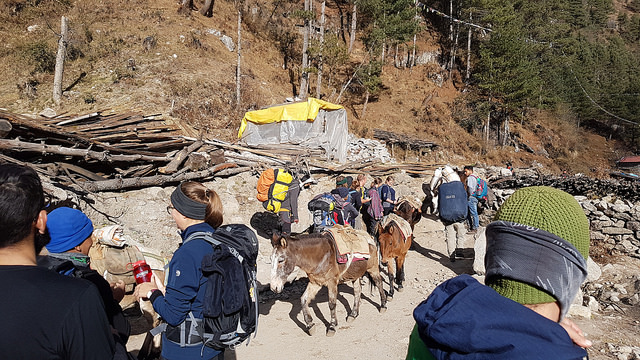 Along the river, cross the river, along the river, repeat. Long breaks, we’re nearly done now. Finally, our final lodge. Drop the bags, off to find a bank for a little more cash. A visit to ‘Starbocks’ for a welcome hot coffee, free wifi and cake. Sit and while away the afternoon, watching snow fall where we have just travelled. Realising how lucky we were with the weather.

That’s the end of my diary. An early flight out in the morning, back to the Kathmandu hotel to pick up the luggage left. I had an extra day at the hotel, the safety day just in case we could not fly out of the mountains, which can often happen. Very little was done, just chilled out. The back home, flights via Delhi home for 30 Dec, in time to
lose out the year.

This trip had pushed me harder than any other. I’d underestimated the fitness needed for the uphills; I had the stamina to take the long days but not the leg strength needed. Downhills were hard, that’s confidence more than anything else. Not sure I’ll ever be too good at that! Despite all of that, it was an amazing trip, in a fabulous country and I’d love to do it again.