We’ve had justin.tv and now the Podtech guys Robert Scoble and Jeremiah Owyang are walking around Web2.0 with their live streaming on Ustream, which is a great way to see the some of the conference without having to do the travel. And Ustream is open for all to stream their life to the web. Kosso, who has previously streamed his audio and music collection, has now added the video to the mix, so I can listen to his music and a surreal one-sided conversation as he talks back to people on the IRC or just rants in general. 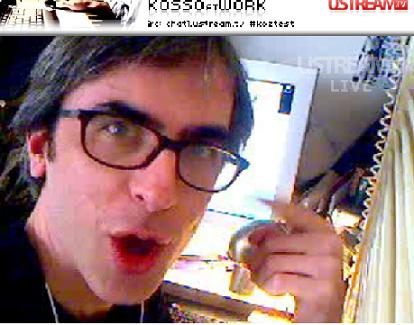