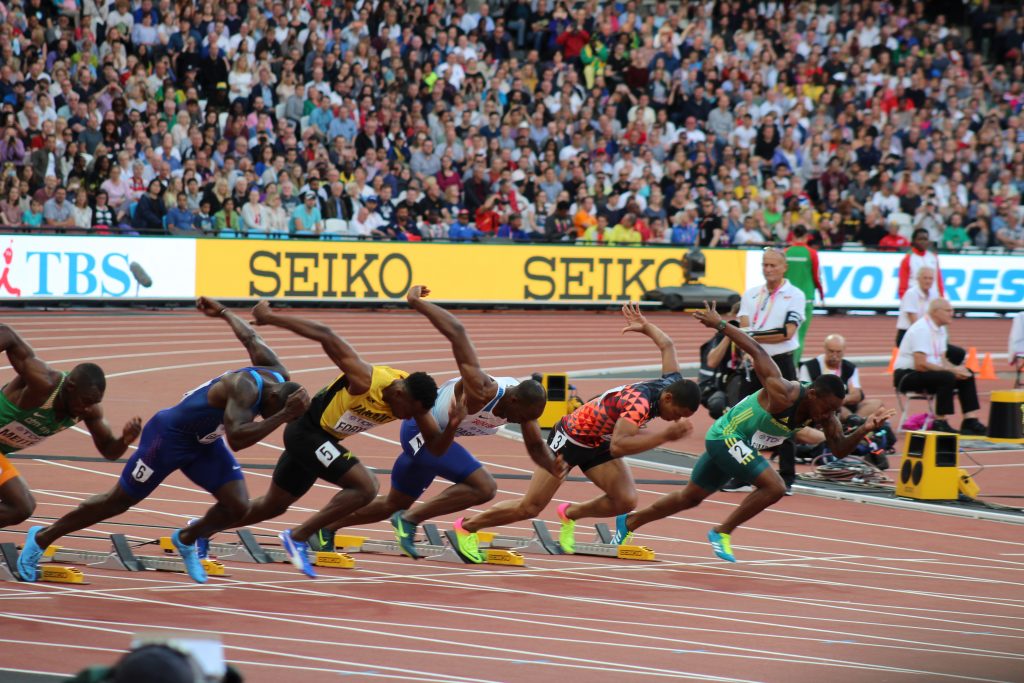 October 2016. I’d filled in the form and finally hit submit. After failing to get selected to volunteer at the Olympics, was trying again for the World Athletics Championships, heading to London in the summer of 2017. And so the wait started. The numbers being talked about were 15k applications, 10k interviews and 4k volunteers to be chosen. Would I get through this time?

Finally, in late November, I got the yes..for the interview. Off I went, for some ‘team building’ activities and a chat. I’d applied to be part of the marketing/branding team giving my experience. What do they look for? I’m still not sure. Then waiting and waiting. We were supposed to get the results by end of April, but nothing arrived. Twitter started to show acceptances coming through, but refreshing the email still showed nothing. Mid May – a phone call! I’d got in. I was offered a role of ‘Mascot Escort!!’. Not quite sure what that had to do with my experience, but I was in, I’d give it a go. 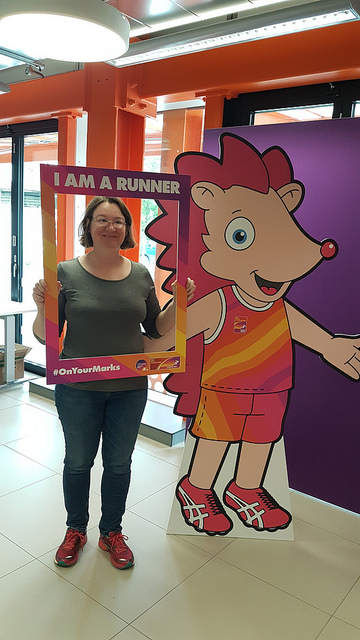 During training, the reason for the delay became clear – I’d only just made it in, as the formation of the mascot team was a late addition. No matter, I was looking forward to this, they had great plans, we’d get to be in the experience village and the stadium, it sounded fun! 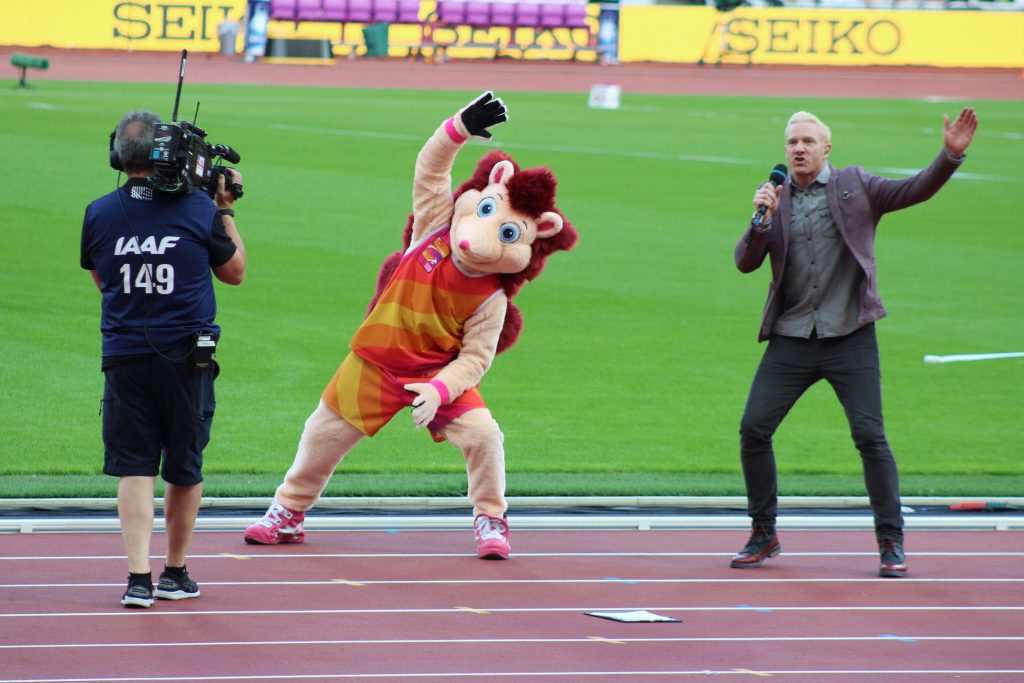 One week before my first shift, an email. Oh no! The role no longer existed, they’d given it a go for the Para games, but apparently, volunteers were not needed. But, not to worry, they’d shifted me to a team to support the charity, i was going to be carrying a bucket to collect money. Oh 🙁 Not what I signed up for. I thought about it over the weekend and rang them up, I needed to withdraw, this was not for me. But, somehow, I was talked into at lest trying 1 shift and seeing how it went.

Early Saturday morning; collecting ID and uniform. Oh look, I was still in Mascot team according to that computer, with access to plenty of places. But no, shift check in confirmed, I was on the bucket brigade. Found the team, changed into yet another t-shirt, handed a bucket then out into the park. We positioned ourselves, and hoped we could get people to stop. No bucket shaking allowed, according to the police. no talking about the charity..according the the police. So we just stood there and hoped. No smiles, little interaction. Definitely not for me. That was it, I was going to cancel the other shifts. 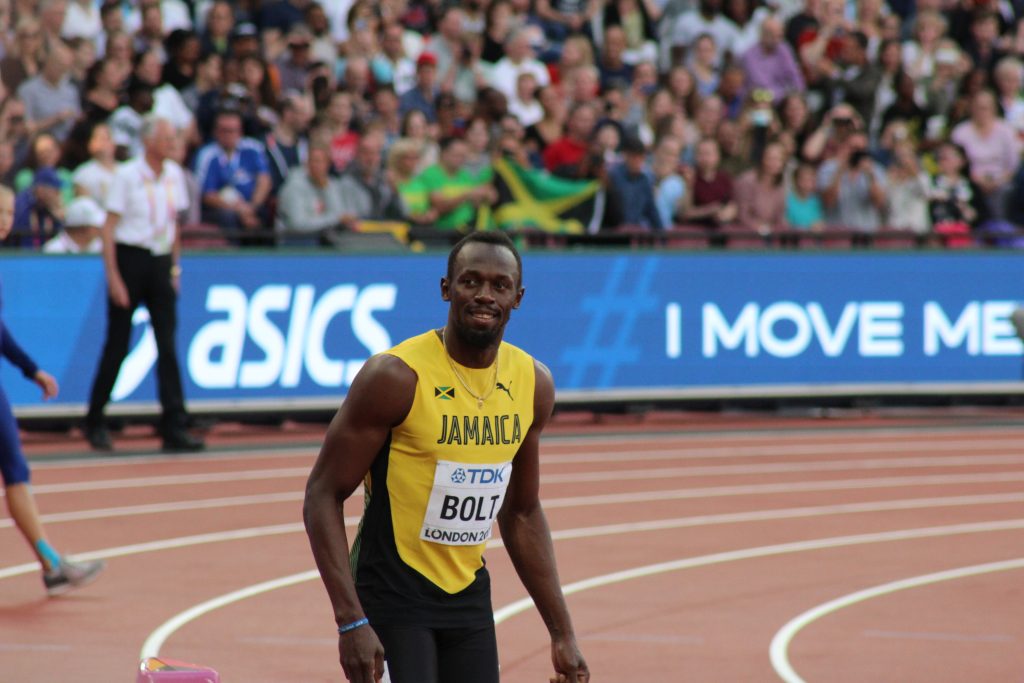 Usain Bolt at start of 100m

But..a glimmer of hope. Chatting to one of the other volunteers, they suggested I could join their team, working in the Hero Village, helping the spectators, getting them involved. A chat to the Team Manager and it was on. Back to checkin, and it was sorted. Team changed, shifts adjusted, a new role confirmed. It also turned out there still was a Mascot team, it was had just been reduced (although there were still not enough people to manage the queues for photos) 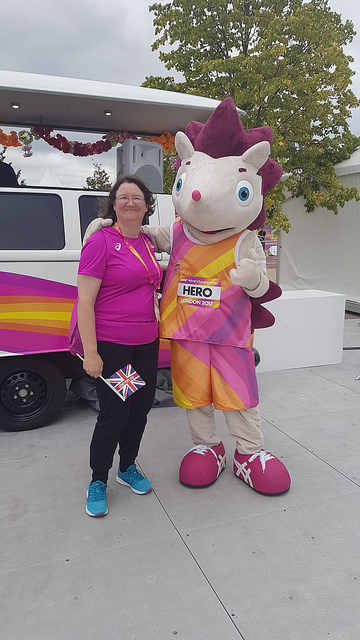 Hero and I have a moment

I found my niche! I danced my way through 4 shifts, getting rained on and sunburnt. My mission, to make people smile as they entered the village. And I think I succeeded wth about 98% of the people. The ones who didn’t? All well dressed men, looking very corporate, obviously not here to have fun. Oh, and small toddlers who mainly looked at me as though i was mad, they weren’t quite sure what to make of me.

Exhausting work, but a lot of fun. Unlike bucket collecting, people reacted to you and they were having fun too. Honestly, I’d have preferred a role that used my actual skills and experience – how about social media?? 🙂 But if I couldn’t get that, I made the most of the role I had and had a great time. 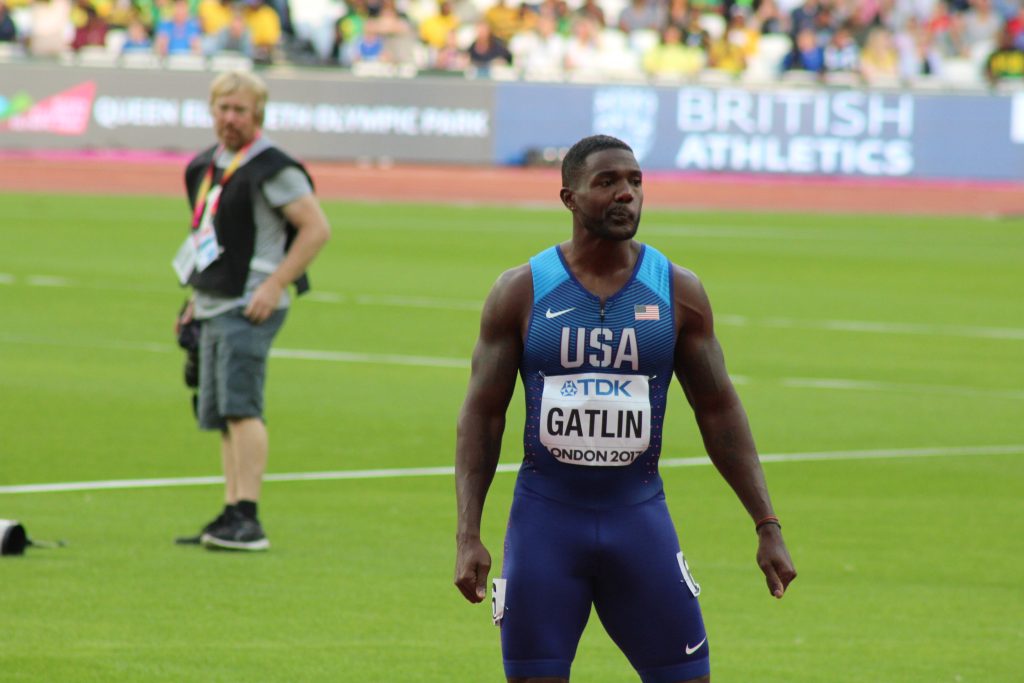 I’ve volunteered before, at World Rowing Champs, at rowing events, at Park Run, at the London Marathon. But this was the first big Athletics event – and 1st big event since ‘volunteering’ became so popular. Volunteering has become ‘professional’ and some of that leaked through. There’s definitely a core group of people who are racking up major event volunteering, most are great, some, not quite so welcoming if you’re not following the ‘correct behaviour’. For many, this may be the first time volunteering, so this behaviour may not be known!

The team recruiting the volunteers was not the same team running the championships, so some volunteers, recruited in good faith, were left disappointed. I wasn’t needed for Mascot team – the paid team had it covered. Even in my second team – the charity team – things did not quite go to plan. Almost all collection had to stop after Thursday, and most of the team got cut. This happened in quite a few teams – I’ve read about timing, ticketing, stadium teams all being impacted. I think most were accommodated, but not sure if everyone had the time they expected. Some teams had not enough people and were busy trying to recruit people for more shifts. Others were calling up volunteers just days before the event. Is this a combination of not quite getting numbers right and late drop outs from people who had not fully committed?

Overall, I loved my experience. I’d give it another go. But hopefully, lessons will continue to be learnt about balancing an over-abundance of applications, with the needs to the organisers and the reality of the events. Yes, this is coloured by my experience of team changes, but having talked to others (and read the facebook groups), not everyone had a good time.