I went for a Saturday lunch at Antidote, a restaurant that has some great reviews but appears to be little known! Tucked away off Newburgh St in Soho, it is supported by the team at Hedone, one of my favourite Chiswick restaurants.

I went with the lunchtime tasting menu, which brought 4 courses plus a couple of in-between snacks. First of all was curd and celery, where you had a salty unami taste balanced with the crispiness of the vegetable and some toasted grains for extra punch. I like the curd, but was disappointed with the celery. I’d read that this was often served with cucumber which would have been a better contrast I think, for me the celery taste just did not go. 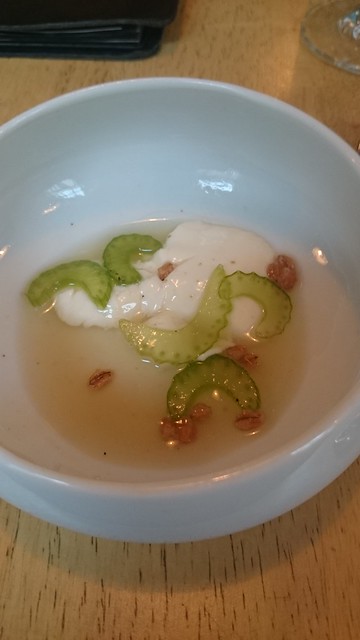 Pan fired mackerel, fennel and monks beard. The monks beard added nothing to the dish for me but the fennel, finely sliced, served cold with a lemon dressing was a gorgeous contrast to the extremely well cooked mackerel. The fish was the right texture and somehow the skin was extra crispy and added a crunch. The 3 elements, the fish flesh, the crispy skin and the sharper fennel flavour worked wonderfully. 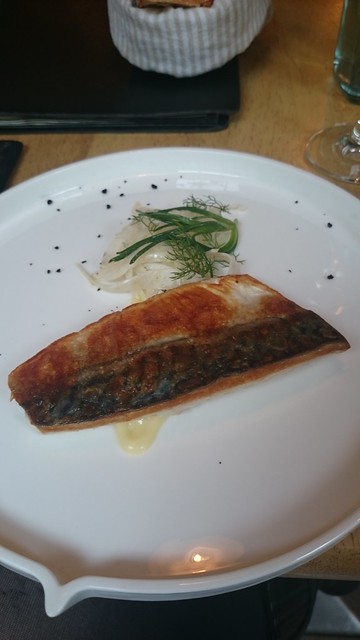 Next was cod, artichoke, cavelli nero and smoked anchovy. Another wonder fish dish and this time all the ingredients worked well together. The greens surprised me – they’d been dried baked and served crispy (there’s definitely a crispy theme running through this meal). The anchovy added a subtle salty flavour to the sauce; the artichoke bought a little more solidness that was a good contrast. 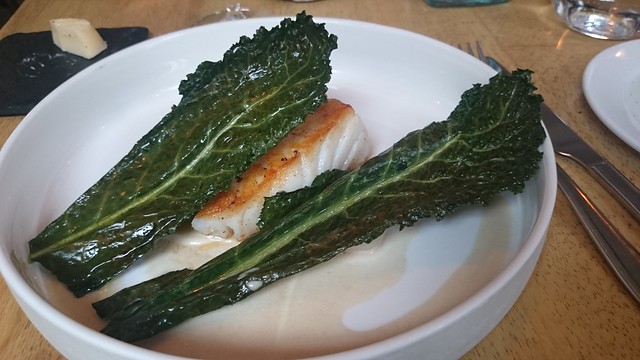 The meat course was Scottish Venison, salt baked turnip and mead. It was served with a green sauce that the waitress did not know what was in it (and never got back to me about it) but it reminded me of a nettle sauce I’ve had before. It brought a freshness to the dish to complement the venison and rosemary dressing. The turnip spagetti was amaxing. tasted like they’d been baked in butter, a guilty way to eat them, but the presentation worked well. 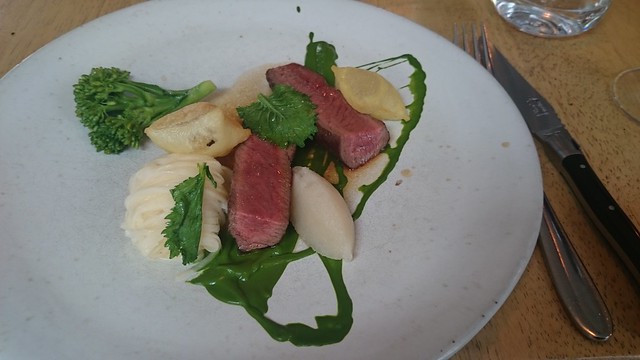 A quick surprise course next, almond ice-cream and a yoghurt foam, with a strong lemon kick worked well as a palette cleanser. 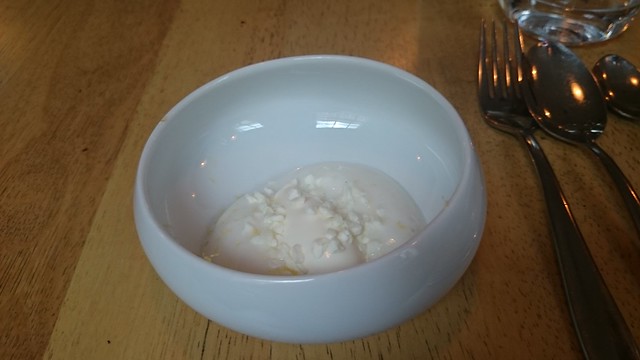 Finally, 3 way chocolate – solid slices, chocolate sauce, a ganache, marscapone ice-cream, peanut butter sponge (not enough peanut taste) and coffee meringue slices which were, surprisingly given that amount of chocolate, the best part of the dish. 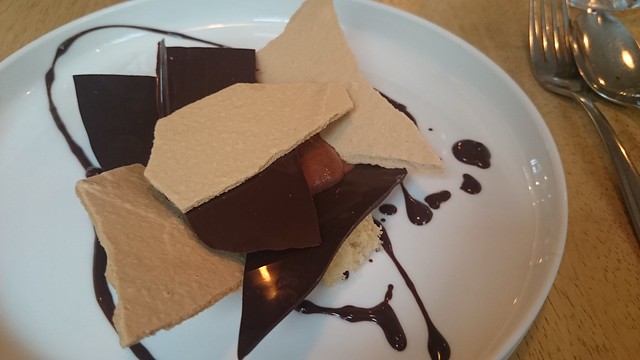 Really enjoyed the lunch and recommend popping along.