It’s supposed to rain at Spa. A day at the track without full waterproofs in the bag is pushing your luck, you’re bound to get wet. Except, it seems, in 2015. So far, sun. And even more sun. It is very, very warm, so much so that I left the coat and brolly behind today and had no issues. The covered grandstand today was for shade rather than dryness. 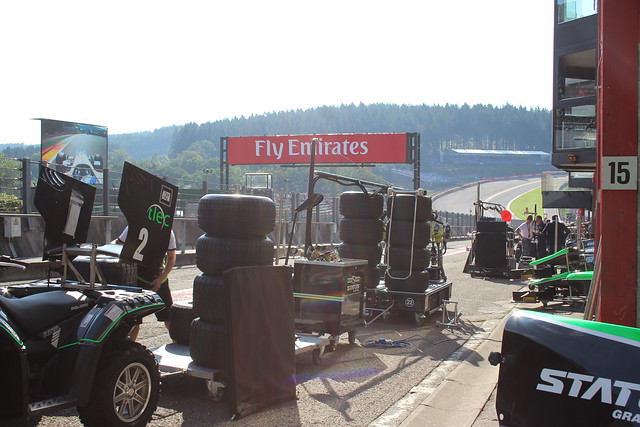 It’s hard to gather together 25 people, so we set off on the Saturday morning a wee bit later than advertised and hit the expected traffic. But overall, only about 1:15 in travel – I wonder what the race day traffic will be like? On arrival, I dashed out to go and meet Mike at Status Grand Prix for a chat and a quick look at the garage. The GP3 qualifying was taking place at the time, so also got to see the cars coming down the pitlane…if only any of my photos had worked!!! It was good to catch up and chat about the various financial challenges of F1 vs the Gp2/GP3 scene; I’d previously met Mike when he worked for Virgin/Marussia so he knows the issues there. 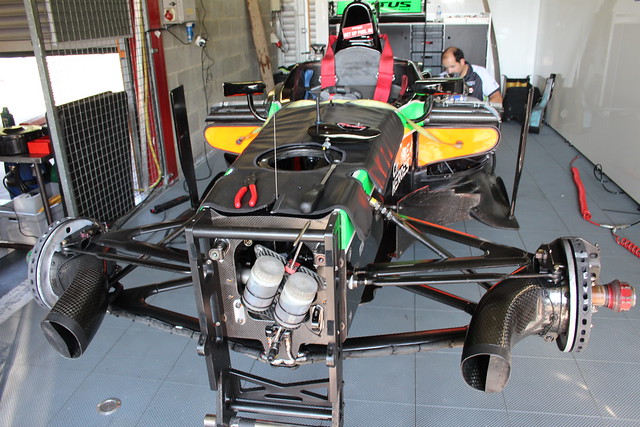 Next up, back to the Shell suite where the Shell Motorsports team had arranged for James Allen to come and chat with the group. This time, I managed to make the chat instead of missing it to watch cars. The questions and answers ranged from Pirelli tyres to Honda engines to FOM social media. It also took in whether or not the sport was ‘good’ now vs in the past (or do all fans look to the past with rose-tinted spectacles, no appreciating what we have now) and with James assessment of the best and worst drivers on the current grid (Hamilton, Alonso and Vettel for the former, with Verstappen getting an honourable mention). 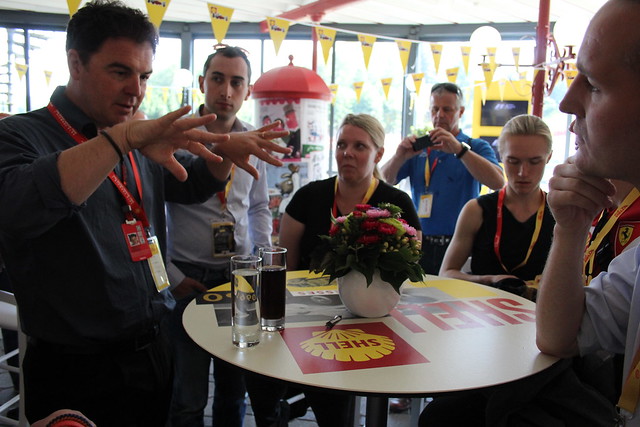 Time now for FP3, a last chance to assess the cars before qualifying. Lunch was followed by the chance to take part in a pitstop challenge, the first one of these I’ve done. I was on the gun and it took a few goes before I worked out how to take the gun off and not leave the wheel nut on the wheel! But the team got it together and we managed a respectable 2.8 seconds on one of our attempts. 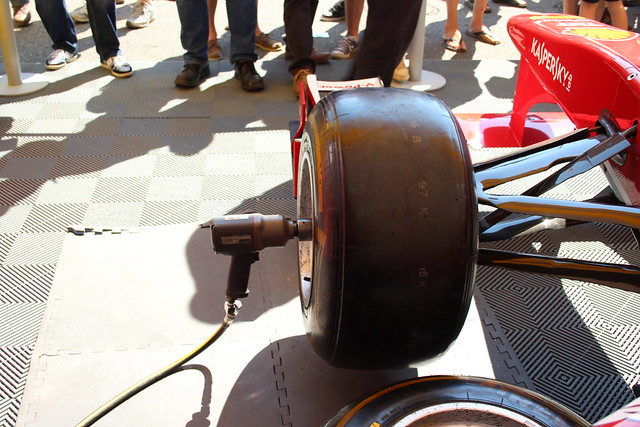 We also got the chance for another chat with a fuel scientist, in their public facing lab (which was actually the one they use for Le Mans) and went into more depth about the oils they use. 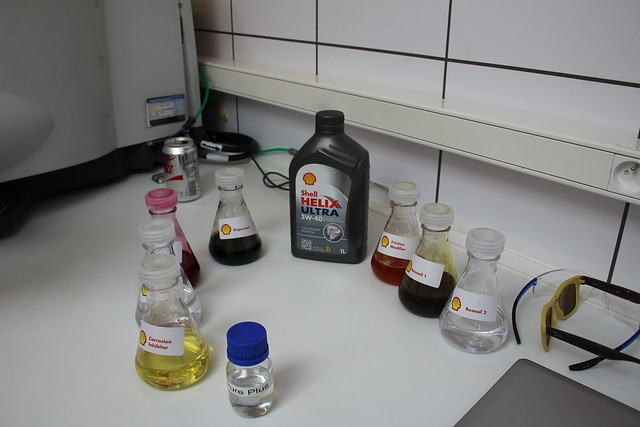 Time now for qualifying, which went, in the main as expected. Although Ferrari did not have a good day, with Raikkonen stopping on track and Vettel only managing ninth. We’ll see how they do in the race. Thankfully. for my fantasy league results, HAM got pole. All I need now is for VET to make up 7 places! 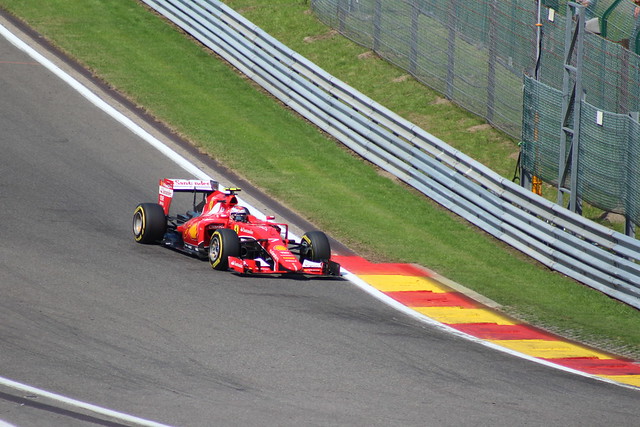 Back to Shell suite for a meet up with István Kapitány, the EVP retail for Shell (ie the man who had to say yes to spend all the money on the competition/promotion I won). A nice guy all round who seemed very happy to see some very happy competition winners!

Final car event of the day was the GP2 race; due to the red flag we had to leave before it was finished however. I think that is the one big difference between doing this myself (when I’d be early and late to watch all the sessions) and being part of a party that has time deadlines. Twitter then becomes the friend to watch via text commentary 🙂 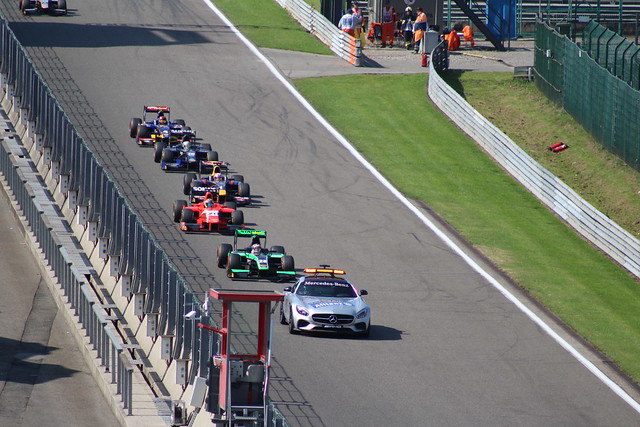 The journey back to the hotel was via another detour, but we made it in time for our lovely meal out. The Shell team have been brilliant at making sure we are fed, watered and entertained! Tomorrow, race day. It looks like HAM, ROS at least for the Podium, not sure who else will make it though, Spa is a great track to bring the surprises. The first of which is the lack of rain forecast!

(the following picture was taken on the way back to the hotel after the meal. I have NO IDEA what they’re trying to say in this ‘art’} 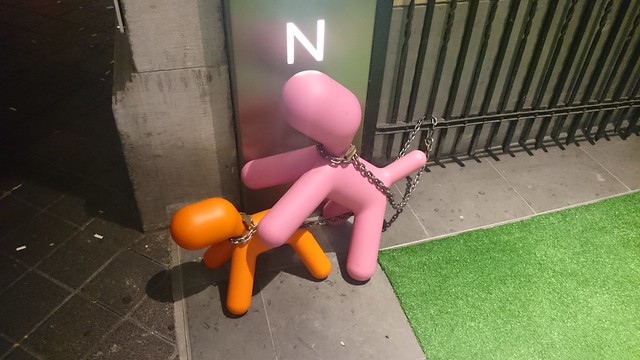 One thought on “Saturday at the Belgian GP with Shell Motorsports”