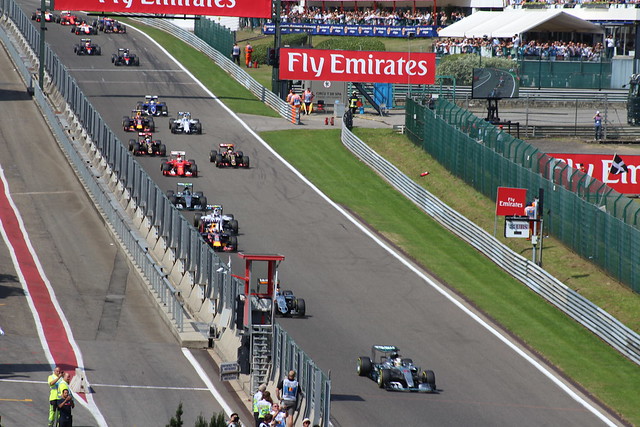 Our final day at the track! Surprisingly the trip in on the morning was pretty much the same as on the previous days. We hit traffic at the same place and got to the track around 10 again. Before we left, our instructions for the end of the day were made plain – bags to be labelled with where they were going (airport or train), and everyone to leave as soon as the race finished! It was a long trip back to our departure points.

All clear on that, I made my way to the grandstand for the GP2 race, and got to see Alexander Rossi claim his first win of the season. Rossi is a driver I’d seen speak a few times, as when he was with Caterham, he’d turn up at quite a few fan events; it was great to see him on the podium. 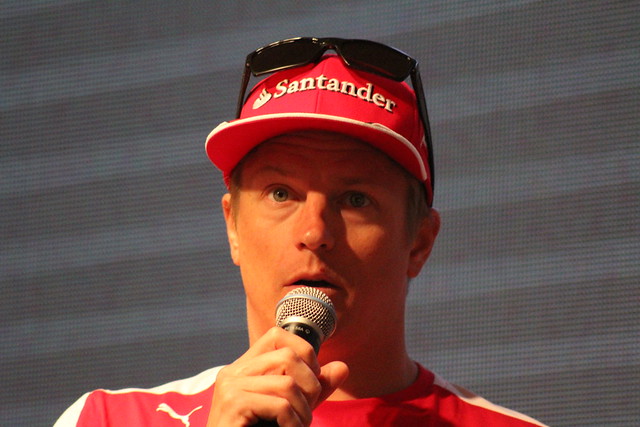 Back into the Shell suite and time to get into place for the Kimi chat. The room was full; the suite and the GP is used as a B2E/B2B event and they were in full swing in awarding prizes for great work across their forecourts in Europe. But as the time for the appearance got closer, the room moved from comfortably sat in seats to ‘how close can i get to the stage’ mode. There were lots of phones in the air recording Raikkonen’s brief interview; it was unfortunate that after stopping in Q2 and a gearbox penalty means he was going to start from 16th; he was not in the most chatty of moods before the crowd but even so, lots of pictures and videos were taken. 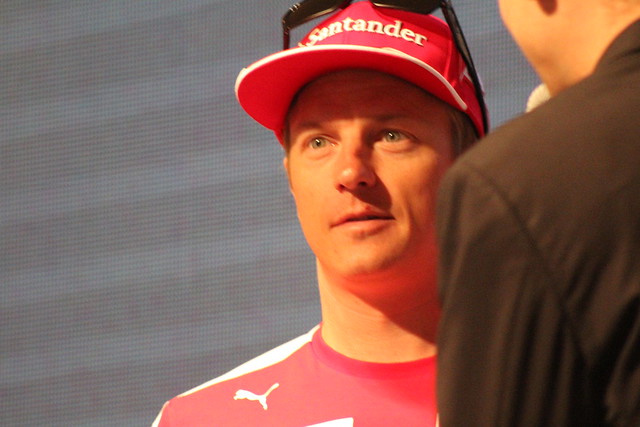 Now time for waiting, we had 2 hours before the race start. Which meant lunch and a chance to take a look at the vintage cars that we lined up next to our venue all ready for the drivers parade. 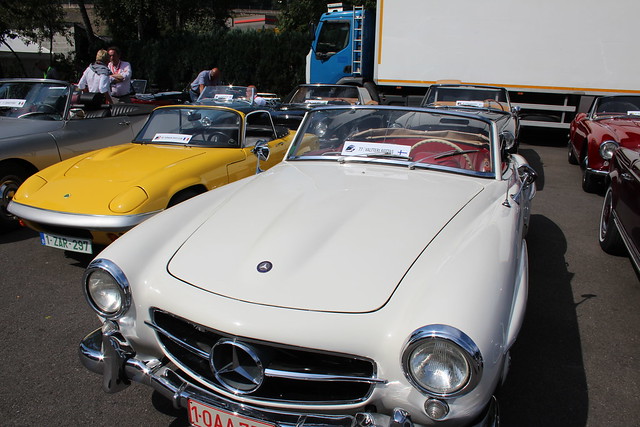 The grandstands were full for the race, well, almost. Some people had decided to stay indoors and watch on the big screen in comfortable sofas (and bar and food close by). But Sofia and I want to watch the cars so up we went for the 43 laps. The crowd in the grandstand were definitely partisan for Ferrari, being mainly (all?) Shell employees and guests, and were cheering all the moves being made. Or groaning when Vettel’s tyre went on the last but one lap. I think Grosjean would still have taken the place, but it was not a good way for that to happen. 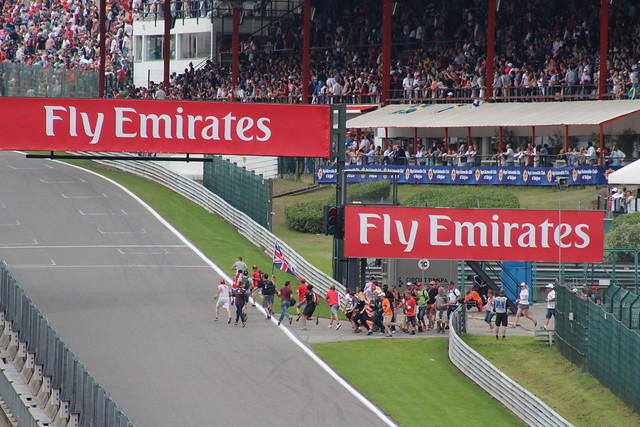 The chequered flag flew, Hamilton won and then we were out of there. Straight off the grandstand and outside the gates before the champagne was spraying. Onto our minibus to take 8 of the group onto Brussels train station. Well, that was the plan, it appears the police and road closures had other ideas, sending us south for 45 mins before letting us get on the motorway, where we promptly turned north, 15mins later going back past the track with a view across to the pitstraight grandstands. At that point, the phone said 2 hours to go; we would have made it but there was traffic and traffic and even more traffic. the minutes skipped by (every single one of them accompanied by a high pitched beep beep beep as there was an alarm they could not turn off) and our ETA was getting further and further away. One last burst of traffic and that was it, no chance of making the train now. Our friendly hosts had actually made it to the station before us – they were not subject to the bus detour – so we’d been in touch and they were busy re-arranging the arrangements. By the time got there (7:59, 7 mins after train departure, we were SO close), tickets were being sorted for the following morning and hotel almost re-organised – we were lucky enough to get the last set of rooms in the station hotel. Time for one last meal together before the early starts the next day. From hotel to work took me 2.5 hours – some of my colleagues have longer commutes than that!

In summary, a wonderful weekend. The team from Shell (and their agency) made sure we had a great time, ensured we had a few different experiences and made sure we learnt about Shell V-Power and the science that goes behind it with some conversations with some fascinating people who make the products. All of this at a classic F1 venue with plenty of time to watch the cars. Thank you very much!

(and below..the video from the event)