A quietish weekend. Friday I went go-karting and then took a trip to Silverstone to watch some cars going round and round a track. Surprisingly, considering I have never watched a Formula 1 race, the behind the scenes bit was fun. One of my company’s brand is sponsoring the Mercedes McLaren team come August and we went to have lunch and take a very close look in the pits at the team in action during one of the test days for the cars at Silverstone. Take a look at my photos if you are interested in fast cars. We got really close to the cars and must have spent a good few hours watching them come and go from the pits. A never realised how LOUD the cars are, or how small they are. The cars are tiny and it appears the race drivers are, taking a look at both Juan Pablo Montoya or Kimi Riakkonen who looked very small compared to some of the pits team. And then, as I was half way there, went up to see the parents to fix a computer problem and have a restful weekend doing nothing. 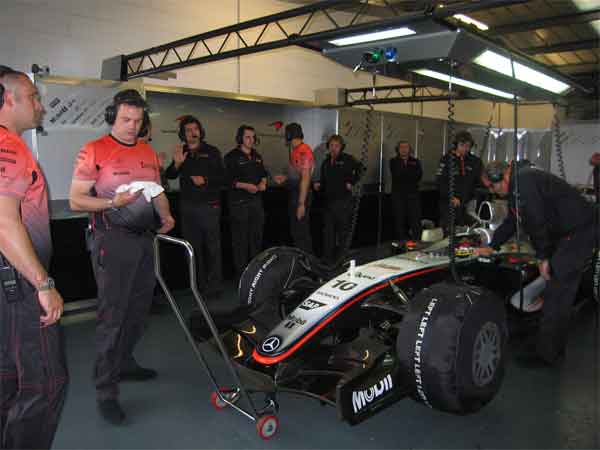