From today’s viral notifications we have something a movie trailer and a little more. Severance is a UK horror film, sending a team of sales people out on a ‘team building’ event in the wilds when somethign goes a little wrong. I’m sure many people have had to endure the horror of team building events with people they have to work with, but hopefully never this bad. The movie/game site is very straigh forward – info on the movie, a trailer and the game. I think they have borrowed the game from somewhere and reskinned it, as in gameplay it’s basically taking penalty kicks, even it is with a severed head and the idea is to hit the goalkeeper and knock body parts off.

Update: Ana has commented that they didn’t borrow or reskin…even so, I’ve played very similar games and htis one is still fun. 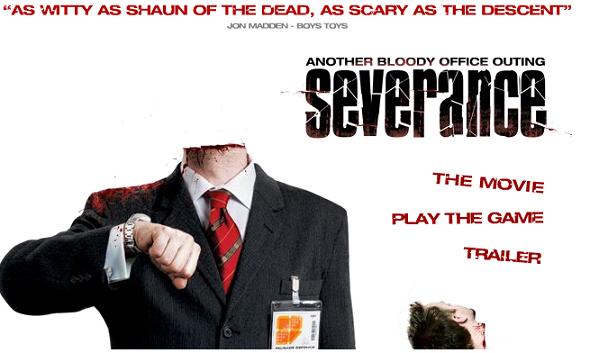