Boing Boing highlight a academic study that looked at the physics of tipping cows, ie making a cow fall over. The study shows that the average cow would need 5 people to tip it over, although 2 people may be able to manage it if they surprised it!

Which brings me on to Richard Langford, a friend who complains I don’t mention him enough in this blog; I don’t tend to name people without an online presence, but he requested it (and his ego feed should pick this up). Richard has, so he tells us, tipped over a cow. In this case the cow was very surprised, it was, apparently, asleep at the time. So it’s definitely possible and not just an urban legend.

And here’s a picture of him with his new best friend Clare, the Powerbook he’s been waiting for ages for that finally got delivered. He’s trying to convert the team into buying our own, but so far he’s not had too much luck. Hopefully Richard now feels that he’s been mentioned enough for this month ;o) 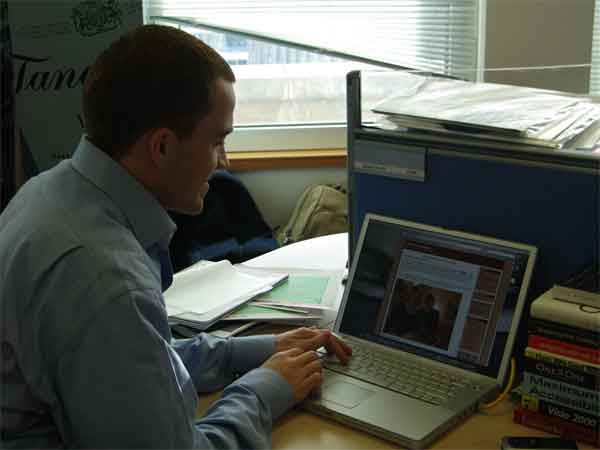