Microsoft appear to be launching their new mapping application on Monday, but it looks like Virtual Earth is accessible, although performance is likely to be patchy until the official launch. There was initially speculation from Niall that it would be an RSS Search that was going to be launched – maybe that is coming as well?

FOr me, there was an interesting behavioural change from the start – I immediately went to grab the map to move it around. No more will I look for the little arrows to move the view – it’s grabbing only. Being English, I immediately wanted to move the map to the UK. Now, with Microsoft being a US company, I can understand why they would focus on geting the US mapping data in first, with only minimal coverage of the rest of the world. That’s what Google did, and MS are following behind here. But I would have hoped they would have something slightly better than this: 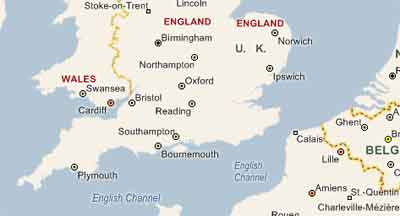 I know a there’s a sterotypical American who knows nothing outside of their own borders, but missing off London is a lttle worrying.

Once zoomed in enought to see London, it still seems to live in a vacuum. 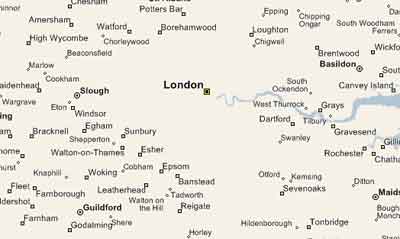 Does Microsoft know something I should know?