I got the chance to see the new Watchmen film today, at a bloggers preview sorted out by those nice people at Paramount and PPC. It was a pretty exclusive gathering, the numbers restricted by the less than 24hours notice and the fact it was at 10.30am. I was lucky in having an understanding boss!

I’ve not read the book, so had no idea what to expect. I’ve seen enough graphic novel adaptations – and read the reviews – to know they rarely meet the fans expectations. The reviews for this one have been mixed as well, with people not sure what to make of it. I’m not sure what to make either, except I enjoyed the experience. Here’s a relatively spoiler free review, no plot points, just my impressions.

Would I recommend it? Yes. But you will have to go in with an open mind. It’s not a straightforward hero movie, it’s far more complex than that.

Would I see it again. Yes. However, I think I now want to see it post reading about it, so I can get a better idea of the world that surrounds. 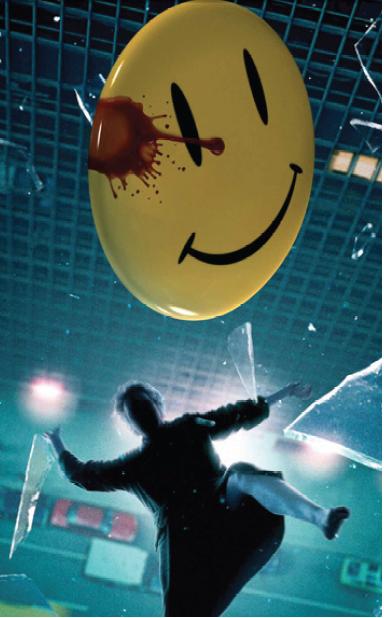